Re: Cannot scan to folder using FTP or SMB (File exists or the failure is unspecified) - WorkCentre

Does it work if you delete the Document path from both?

Re: Cannot scan to folder using FTP or SMB (File exists or the failure is unspecified) - WorkCentre

Thank you for using the Support Forum. Please take a look at the tips for resolving SMB scan issues. If the tips do not help please consider contacting your support centre for further assistance.

I received this new MFP that I use for faxes and I decided to set it up to scan to shared folders on our server. I have set up scanning to SMB/FTP on our servers before using other MFPs (3550, 4260, B405, 6515). Usually if there's an issue with SMB, I just resort to FTP. However, even FTP is unable to work with anonymous logins enabled. I've read the manual and followed it's instructions, but it didn't work (It says to use / for SMB, when that is usually for FTP). I've also tried just about every combination of placing the slashes and changing their direction. I've changed the port from 139 to 445. I noticed that I had the IP set under hostname and changed that to IPv4 adress, but that didn't fix it. I've added and removed the domain name. I also updated the firmware to version 60.006.03.000 to no avail.

The servers are running Windows Server 2008 R2. One server is for SMB and the other has the FTP as backup.

Here are some photos of what I believe SHOULD work: 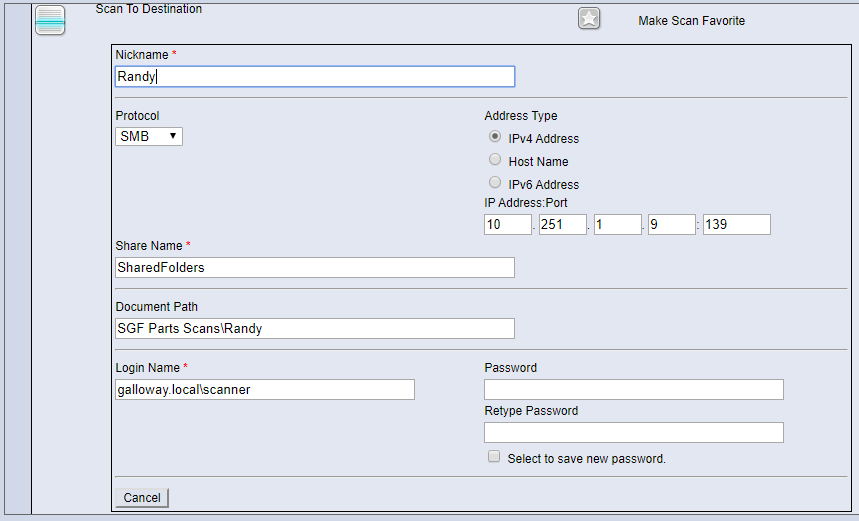 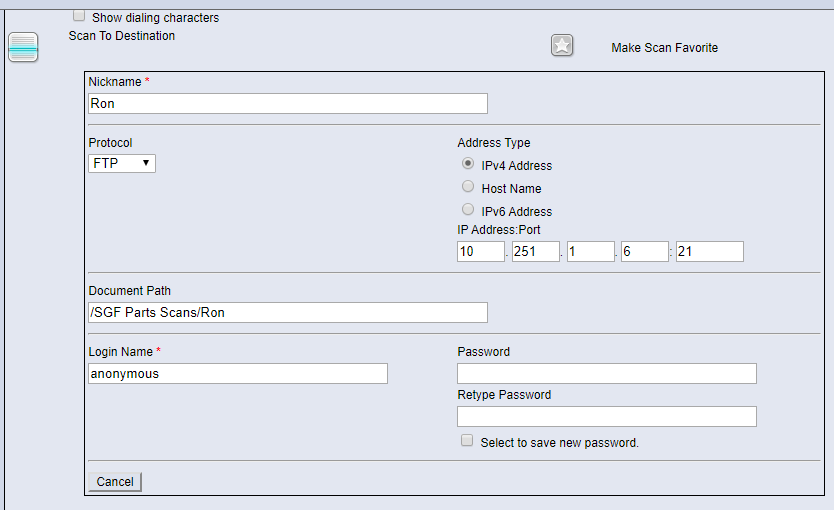