I started by tryining to setup a couple of adress book entries with data for scanning to SMB.

After som fiddling around I managed to get it or work.

After that I get problem.

Now when I'm trying to add new entries to the adress book there is no longer any place to fill in the SMB Password. The fields for this was there before the update, but now they are gone.

where have the passwords moved to?

BTW, the adress book entries I made before the fw upgrade still works, so the passwords are somewhere but I can't adit them, and the new entries offcourse don't work as I can't add the password.

What should I do?

I have included a image showing the SMB interface (In Swedish but I think you can figure aout what is what). data in the fields are just simulated. 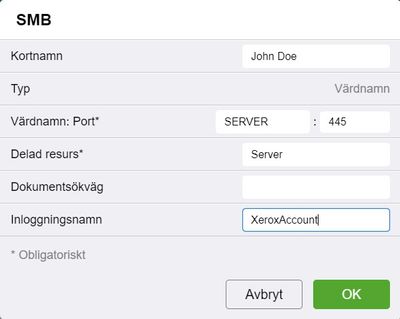 You have to have HTTPs enabled for the password field to be there. This was done for security reasons and cannot be changed. 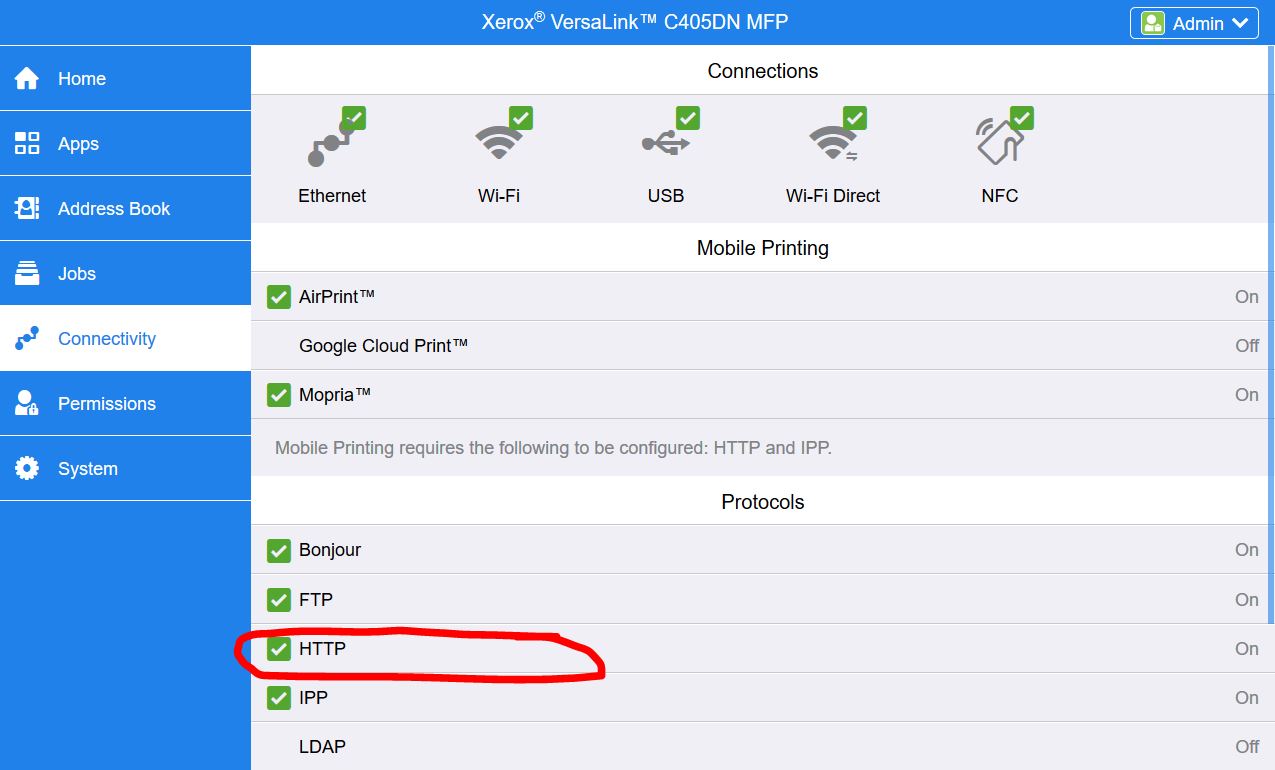 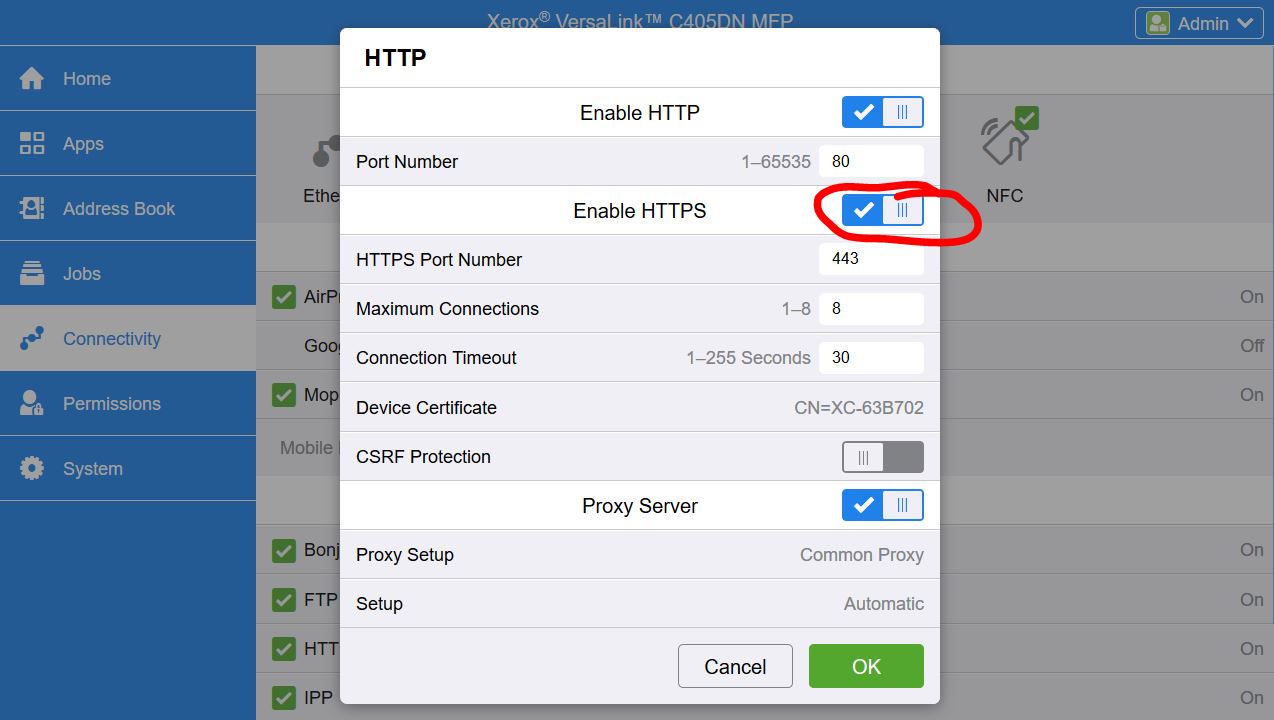 That did solve my problem. Only thing now though is that I get a certificate error when accessing the printer using Chrome (Se included image below)

I can however continue past that by accepting that it is "unsafe". I'm not sure if there is some way around this, it really doesn't matter to much as I seldom have to change stuff after this initial installation.

BTW. I did find a workaround for the problem before your answer, thought that might be of interest. 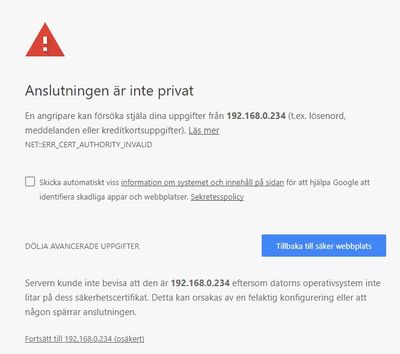 To not get the SSL error you would need to pay a signing authority to create an SSL cert for the device, it very much is not worth doing. But any browser that is in any way current for security is going to give the error.

Then wipe it and reload it. The only thing that limits the address book password field on current firmware is the HTTPS option.

Exactly the firmware you have on the identical machine 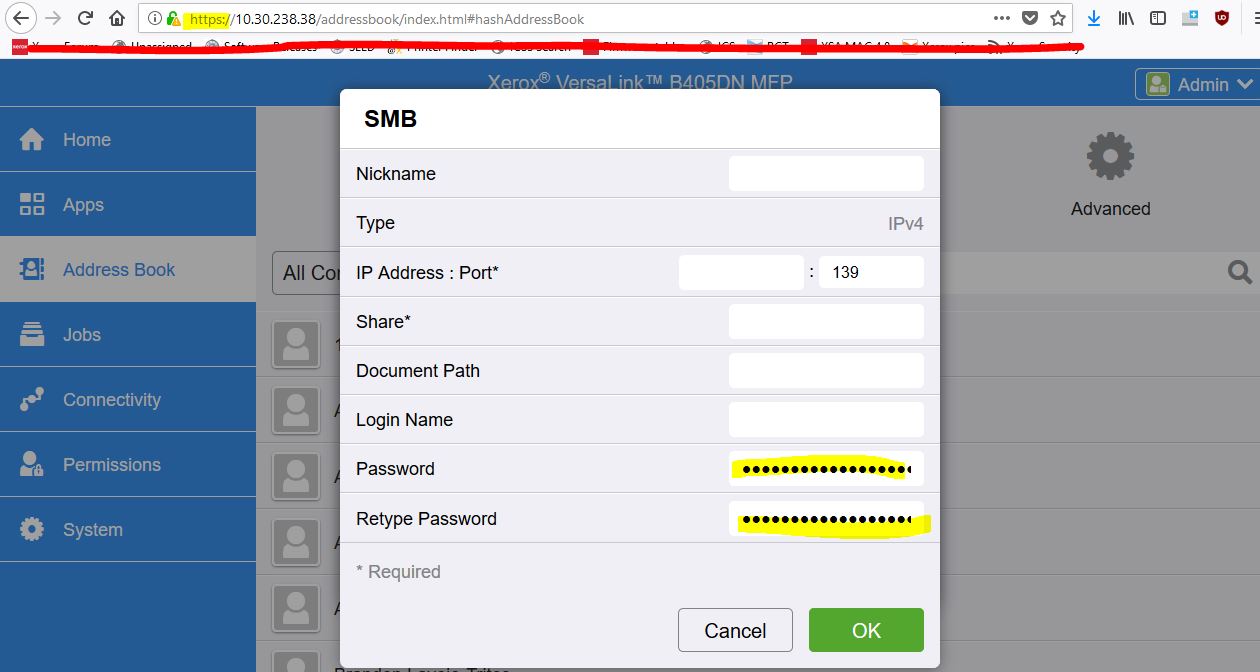 And it disappears when HTTPS is disabled, as shown here on the exact machine 2 minutes later with HTTPS disabled again. 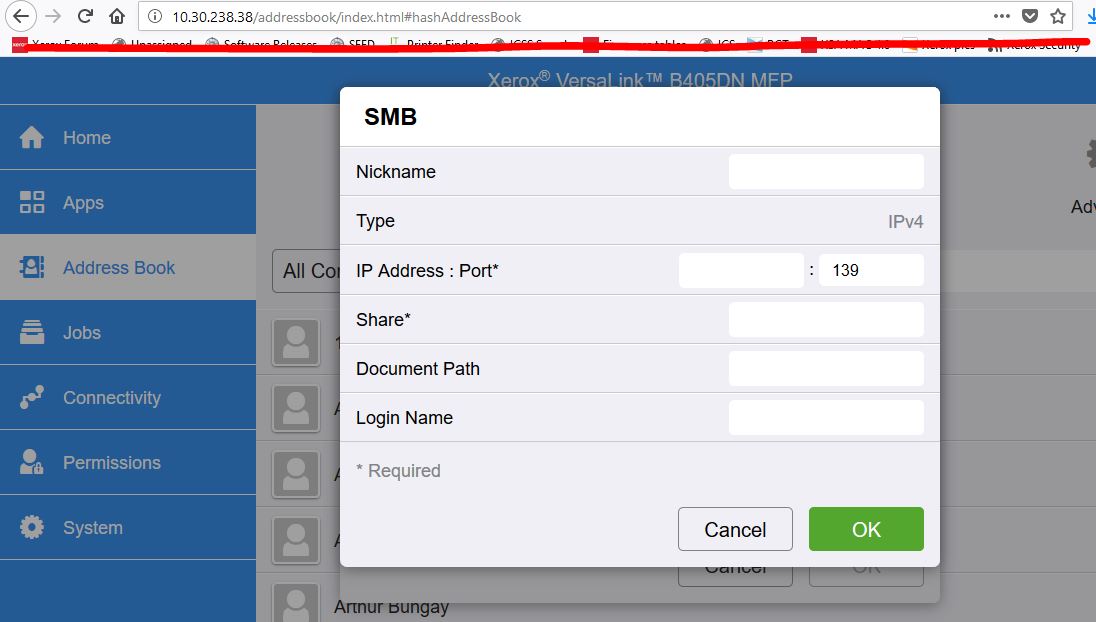