What/where is the "reg. roll"?

I have a DocuPrint CP205w that had a paper jam which I have since cleared to the best of my ability. As far as I can tell there is no more paper left in the machine. Having said that, when I turn the machine on, the status screen shows "Diagnosing..." then "Jam in reg. roll. Open rear door". It is preventing me from using the printer until it is resolved and there appears to be no way to reset the machine so that I can overrule the alert message.

As the printer is well out of warranty, I decided to attack it with my screwdrivers. I managed to extract the fuser unit (I assume it's the one with the orange roller) which, when I looked closely, had two "tabs" resting on the orange roller (see photos below). I have no idea what these are - I was hoping they are the paper jam sensors. I could see there was some residue dust/gunk on them so I gave them a very gentle clean in the vain hope that would fix the problem. Additionally, I gave the orange roller a wipe - not that it was dirty.

Long story short, cleaning them did not fix the problem. So now I pose the question to the community:

Thanks in advance for any help! 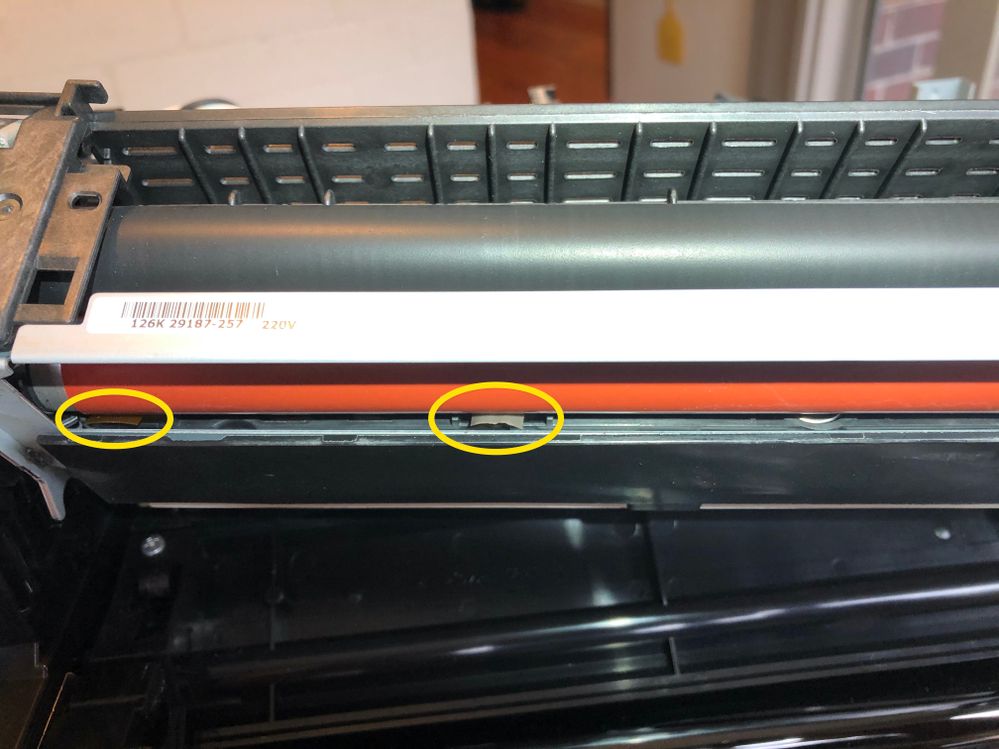 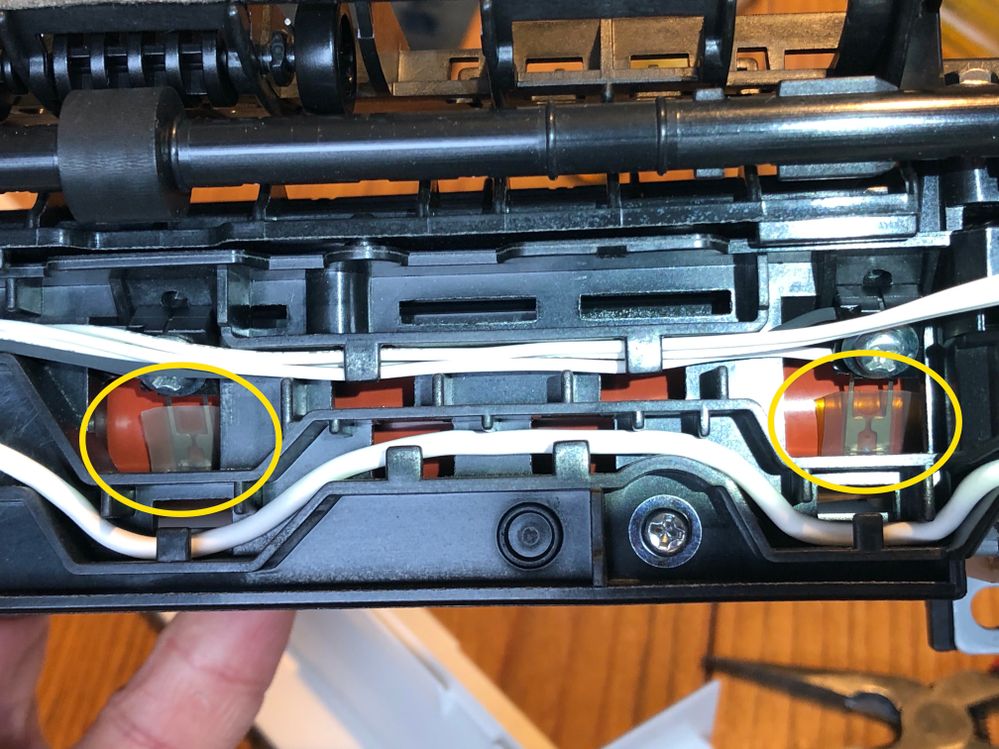 I see no one has responded to this post yet. So, at this point I would recommend contacting your local Xerox Support Department to speak with a Product Specialist for more assistance. Please check our World Wide Contact list for Support in your area.

Hi Cathy,
I managed to get hold of a draft copy of the service manual for the CP205w. Unfortunately it's not complete. Do you think Fuji Xerox could show some good will and supply the complete service manual so that I am able to attempt to resolve this myself?

Normally the service manuals are for trained personal.

Anyway, those sensors are the fuser thermistors. The Reg Roll is under the Transfer Belt.

Thanks for your reply and for clarifying what the sensors are in the fuser unit. According to the draft service manual and your description, I assume the reg roll is the bit in red in my attached photo? 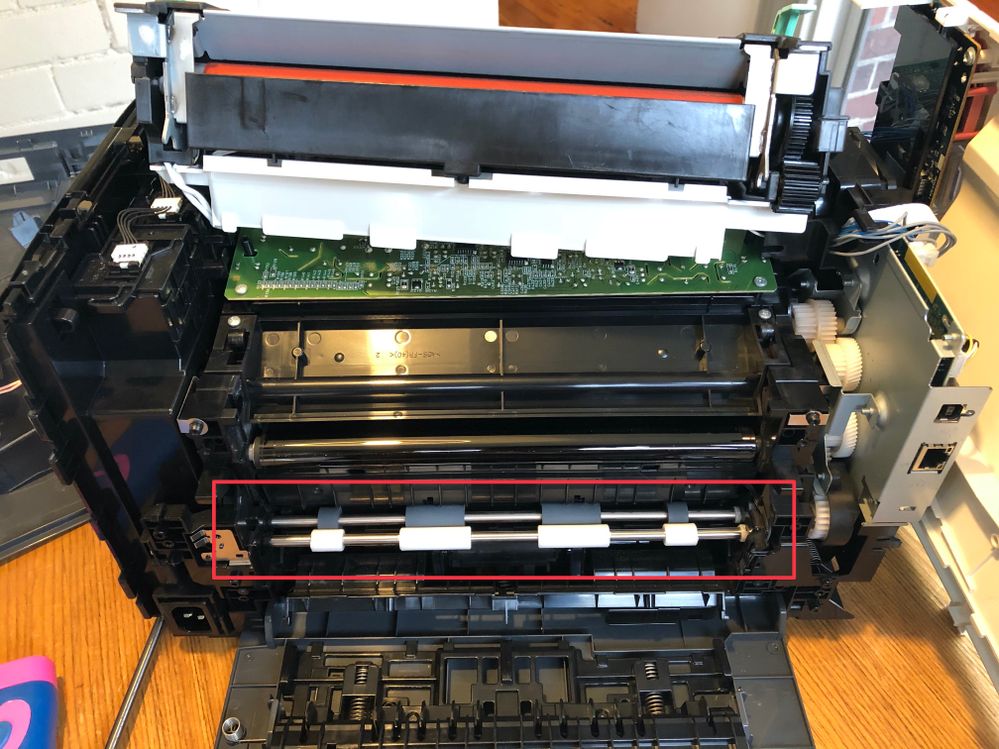 I'm pretty handy with a screwdriver so I'm happy to delve into the guts of the printer rather than just putting the entire printer in the bin, which seems a waste. Hence why I'm asking if Fuji Xerox would be happy to give me the (complete) service manual. The printer is years out of warranty and they were reluctant to fix it when I rang them to ask, so what's there to lose (from my perspective)?

I just need to know where to look where the problem may be - do you have any idea what could be causing the error (assuming there is no visible paper left in the machine)?

Check here for some Xerox service manuals. I think your Fuji Xerox  corresponding is WC3025.

I appreciate you trying but I have a DocuPrint CP205W which I cannot find on that site.