We've noticed problem with finisher which was not stacking sets of copies neatly.

This is not acceptable to us, since we print many sets of 11"x17" at a time for submittals.

8.5"x11" copies aren't too bad, but 11"x17" copies are twisted and turns as if someone went thru the stacks of paper looking for their prints.

If it was just one, we would have thought... maybe it's just that one finisher.

However, it is doing exact same thing on another one.

On the finisher output, there are 90 degree plastic tabs on both sides.

Its purpose is to tap the paper 2-3 times from both sides to make a nice stack.

From what I can tell, these tabs are either too short to accomodate for 11"x17" or it taps on too much on the end rather than in the middle of the paper.

When it taps on near the edge of 17" (long side) paper, it actually twists the paper about 10-15 degrees.

I kind of see where this design could be a flaw, unless the finisher taps it exactly at the same time from both sides.

Even a little 0.1 second difference could nudge the paper to one side.

I remember our previous Xerox finisher used to collect 5-10 prints then it taps, and then it would push out a stack of 5-10 prints at a time.

The new finisher seem to push each single page out one at a time which makes it more vulnerable to twisting.

Does anybody have same experience? or have a solution for this? or settings that will adjust to collect 10 sheet then push out? 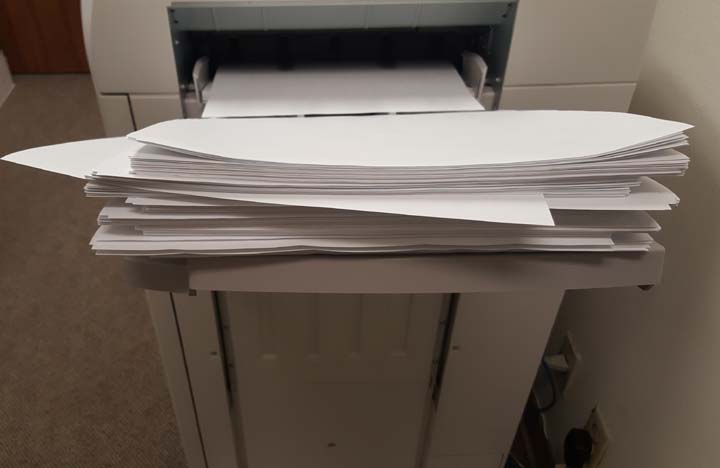 What king of finisher is it? An LX finsher or maybe a BR finisher?

Basically most finishers use a compiler area to compile the sets together. It brings the paper into the compiler area then usually pulls it back down with paddle wheels and pushes the sides in with tampers. If you watch it in action you can probably see which function is not working properly.

did anyone get back to you on this? this is exactly the issue we are seeing with one of our altalink c8035 units.

Since then... the Xerox Engineers wanted a video of the output.

I sent them 10 minute video of output in which it actually shot off 2 pages of 11"x17" off onto the floor due to uneven stacking.

After a week or so, Xerox tech showed up with updated firmware.

After the updated firmware, we have noticed less shifting... enough to deal with.

Xerox tech and I agreed that we would test it for about a month or so.

I can't confirm that the new firmware fixed the issue completely, but it's lot better.

I would contact Xerox support to get the latest correct firmware for your model.

I will update again if we confirm the fix after a large print job.

Hope it fixes your issues.

many thanks. good luck.

the issue is not related to the firmware. this was a hardware issue. there are 2 rollers in the finisher unit (look inside above the stapler unit. one of the supports (very flimsy unsupported metal arm) was bent. this was verified and fixed the identical problem on 2 units. 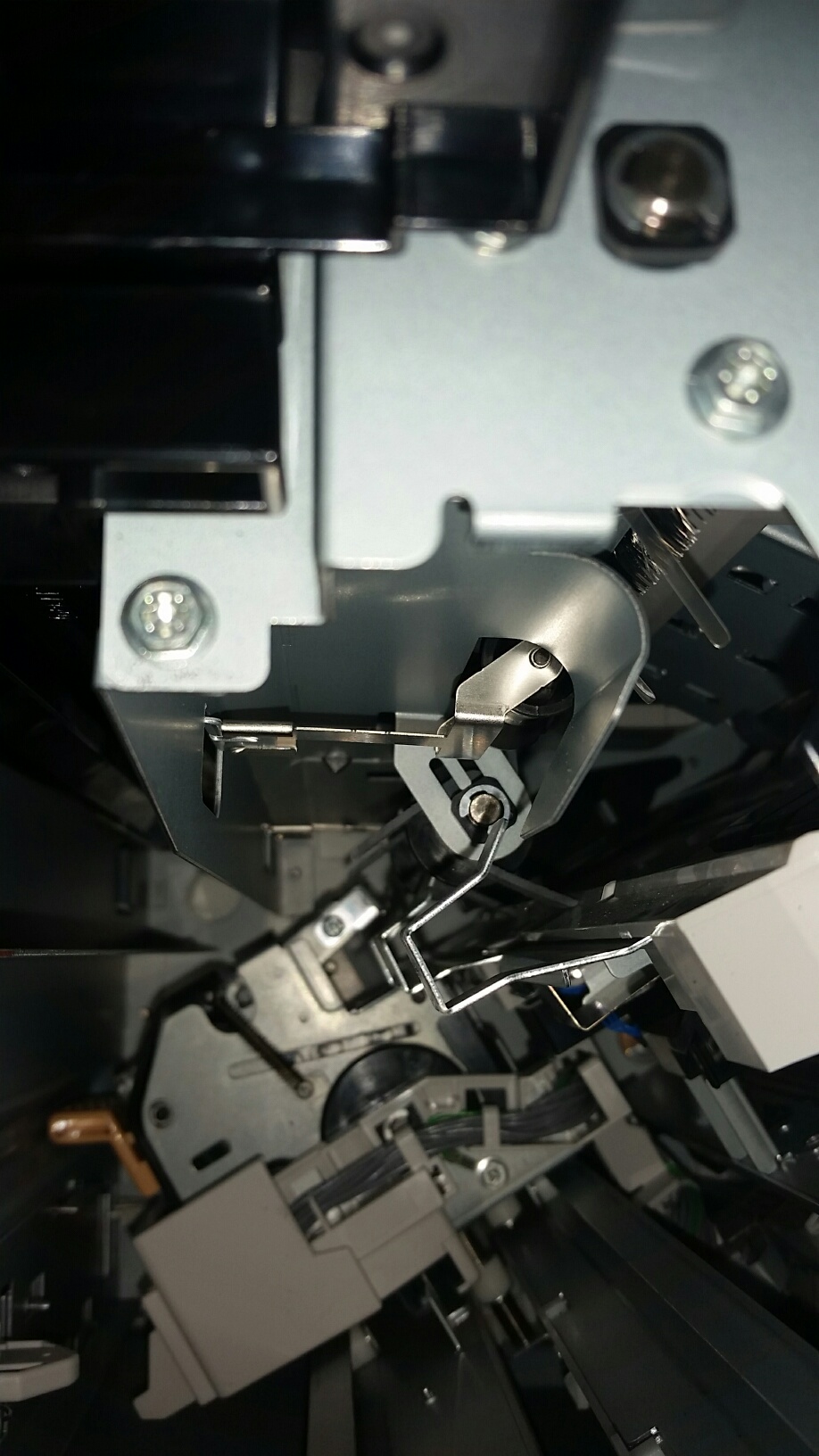