Using the same driver I had a color issue. When I print multiple copies to stickers I lose some color.

If I print to plain paper the print jobs are fine?
I am completely lost. I have tried the following drivers.

I have even tried a second Xerox 7232 and have the same issue when printing. Copies are fine. I never see the color issue with copies. The print jobs come from Excel 2016.

The photo shows a single print job with 5 copies. Not 5 individual prints.
Top is the stickers (tray 2) where I have the color issue. Pretty much will always have 2 bad out of 5 prints.

Below is the plain paper (tray 3) 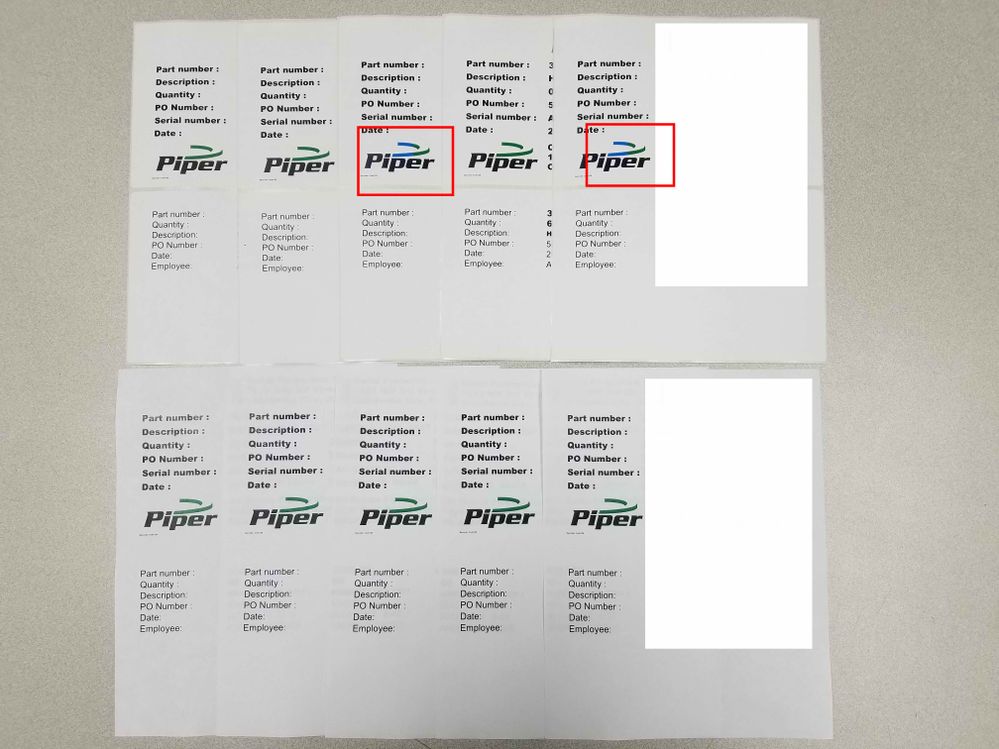 where everything printed as it should. Again a single print job, with 5 copies.

I am extremely frustrated and hope someone can shed some light on this quirk.

Thank you in advance for your time and help on this matter.

Re: Color issues on prints.

Thank you for using the Support Forum. Have you tried the Global PostScript driver?  Please try the PS driver and see if that gets you better results.