So I'm using an old Phaser 6300 again that's been sitting in our basement for years. :) It powered right up and seems to work well after some calibration, but it won't print double-sided. I've tried both the Xerox driver (X-GPD_5.347.6.0_PCL_x64) and the Windows built-in driver to Windows 10, both of which work fine for printing, but neither allow for duplexing.

This isn't a case of duplex options being greyed out though. It SAYS I can duplex, and lets me pick the long or short edge, but the printer just prints on two pages instead of one, making no effort to attempt the duplexing.

Is it possible I'm misremembering and this printer doesn't have a duplexer? It's been years so maybe it never did, but I could have SWORN it did in the past, and the manuals say it does, and it gives me the option to in all programs.... it just doesn't work. :)

Let me know if anyone has come across this!

Basically, I'm asking if there's a way of seeing if (1) the duplexer is installed and (2) some test to see if it's working. :)

My guess is that the GPD no longer supports the printer (The latest one certainly doesn't) so it will be in Basic Print Mode and not entirely trustable. 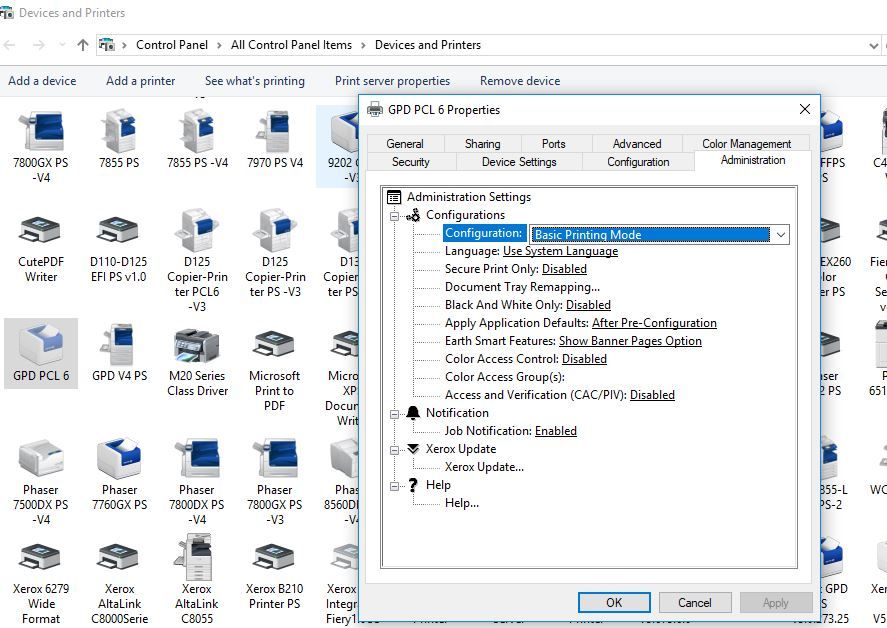 Try this much older GPD and see if it will work