I recently upgraded to Windows 10 Enterprise 64 bit and my 8560 MFP is now showing Offline. It is connected to one computer only through the USB cable and then shared from that computers with others in my home through the the network.

I have done a number of things trying to resolve this issue, including installing new driver from Xerox's site designated specifically for this model for Windows 10 -64. Additionally, Xerox tech support has spent time with me only to get the same issues I got. After being unable to resolve this either they suggested I post on this Forum to see if any one knows how to fix this. Belows is a history of the steps I have taken with images from the computer as to what it shows at each step.

If I remove the printer from Devices and Printers, Windows immediately reinstalls it on reboot, however the message when I hover over it show a Status of "Needs Trouble Shooting and Driver is unavailable (see image 1 below). Running the trouble shooter does not fix anything. 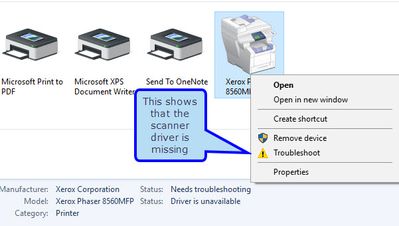 If I check the Device Manager, under "other Devices" it shows a scanner and the XeroxPhaser 8560. When I search for the driver for the scanner, it says Windows could not find driver software for this device (see image 3 under image 2 below) and when I try to install the driver for the printer it says Windows encounter a problem install the printer's driver (see image 2 below). 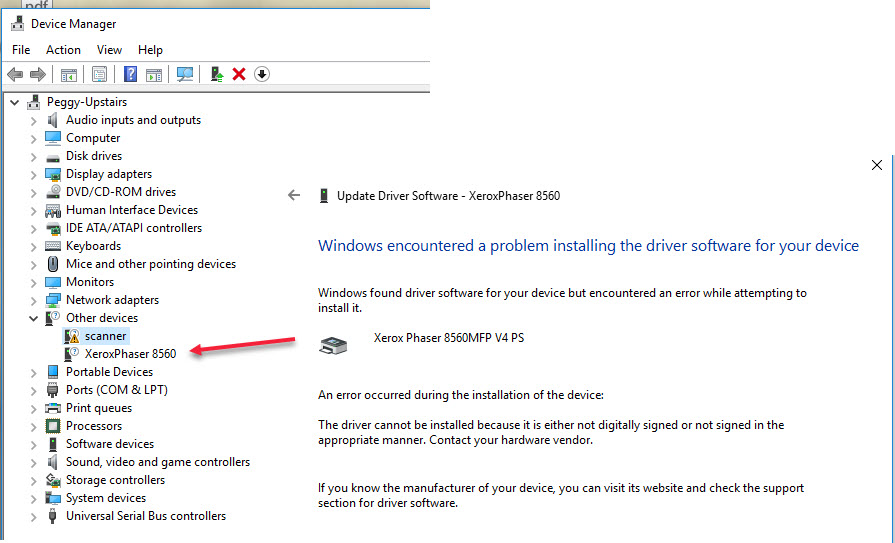 I then use the Remove Device from the Devices and Printers, and while it does appear to remove the device (the printer icon disappears), I got an alert message that says "This operation has been cancelled due to restrictions in effect on this computer and to contact system administrator" (which I was already logged in as - see image 5 below). 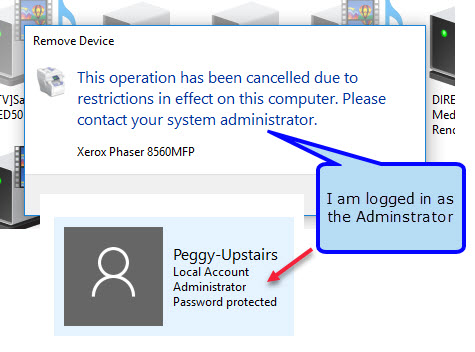 I then download the drivers for this printer from Xerox's web site (see driver package selected in image 6 below). 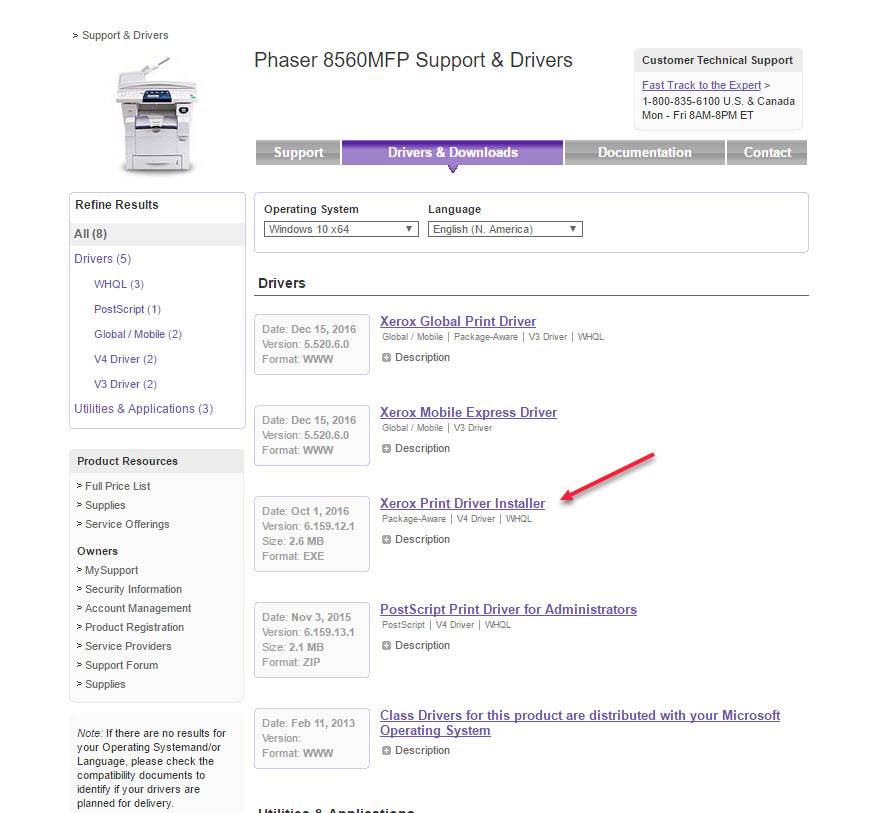 When I run this Driver Installer it cannot find any printers (see image 7 below). Similarly, if I use the Devices and Printer to find a new Printer it finds no devices as well (see image 8 under 7 below). 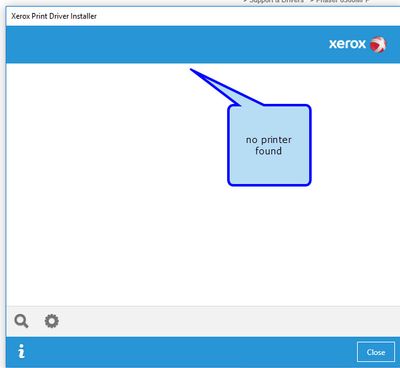 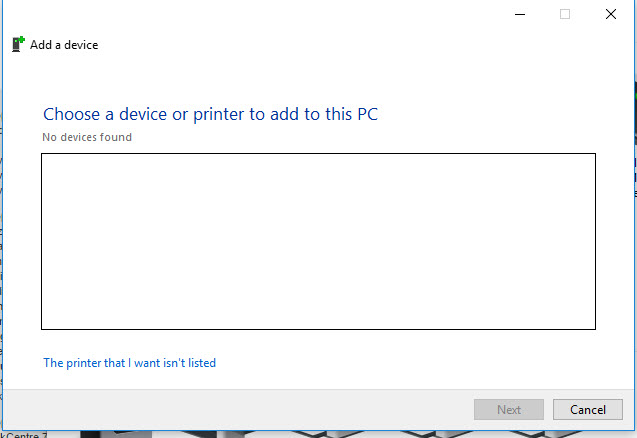 I then unplug the USB cable for the printer and plug it in again and it automatically shows up again as a Printer in the Devices and Printers with the same Status notices as shown in image 1 (see image 9 below).

I next run the Xerox Driver Installer software again and it does find the Printer and I can clcik to install it (see image 11 below). 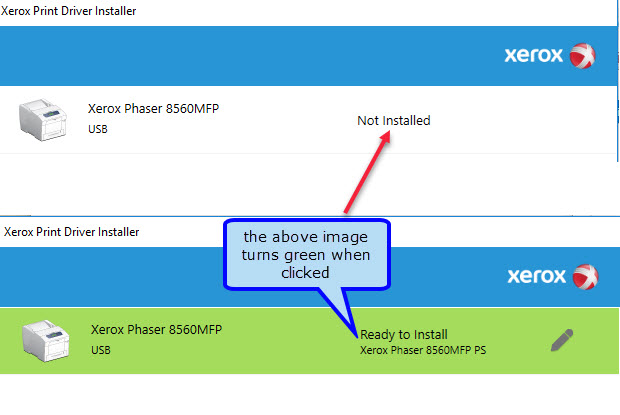 However when I attempt to install it I get an Installation failed message (see image 12 below).

I am absolutely stumped on this. To me is acts as if  there is some corrupt driver in Windows 10 for this printer that is blocking a correct installation of this printer and unfortunately I do not know how to clear it all out and start with a fresh driver install.

Any help would be most appreciated because the printer is worthless to me if I can't get it working with my computer.

Re: Issue with Phaser 8560 MFP showing Offline in Windows 10

Thank you for using the Support Forum. Please take a look at the Customer Tip regarding uninstalling the installing drivers on Windows 10. Remove the driver you have installed, reboot your computer then install the most recent driver for your machine and operating system.  If this does not help please consider contacting your local support centre.