Have been using Lato font in documents for years without any problems - just recently however printer has not been printing this font properly. Have treid replacing fonts, print drivers etc but to no avail.

Let me get this straight, you say it has a problem specifically with Lato font.

It worked before but doesn't now.

And in troubleshooting you replaced the font, how did that not fix it?

From that, do we have to assume it can't print fonts/letters, or do you mean replacing the font fixed it, but you don't want to do that.

Beyond that, what changed when this happened, because it wasn't the printer.

Did you update your OS (Both Apple and Microsoft recently have released updates, both replace Xerox drivers with OS drivers)?

There has not been a driver for the 7400 since 2008, so any driver used on a current OS isn't going to be full featured. Even the GPD doesn't actually support the printer (Basic Print Mode only)

By default, a Xerox driver replaces fonts with ones on the printer, so if you use LAto and get something else, you just disable that so called "feature" in the driver by changing it to Download as softfont. Usually, with a Xerox driver, on a Windows based PC, that is done in the Advanced tab, as seen here in the GPD when in a Generic, non model specific setting. 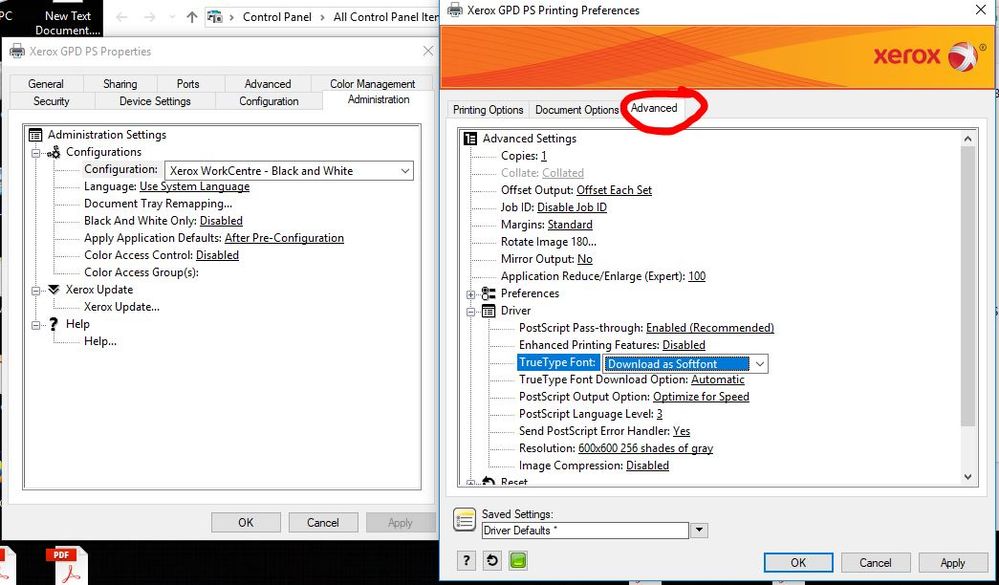 Macs don't have the ability at all, and Mac 10.10 was the last driver for that.

It is specifically the Lato font.

It has indeed worked before but now it doesn't. Replacing the font made no difference - it still doesn't print properly. Documents print fine to other printers so it is obviously the xerox machine.

I shall check my OS is up to date but my colleagues is up to date and gets the same problem. We are both on macs and by what you are saying there is no way around this. I'm struggling to know what to do as we use this font on several of our clients work.

Without knowing what happened to cause the issue, its pretty hard to figure out the fix.

If PDF files, you may get away with just enabling this assuming the are properly pdf/x compliant 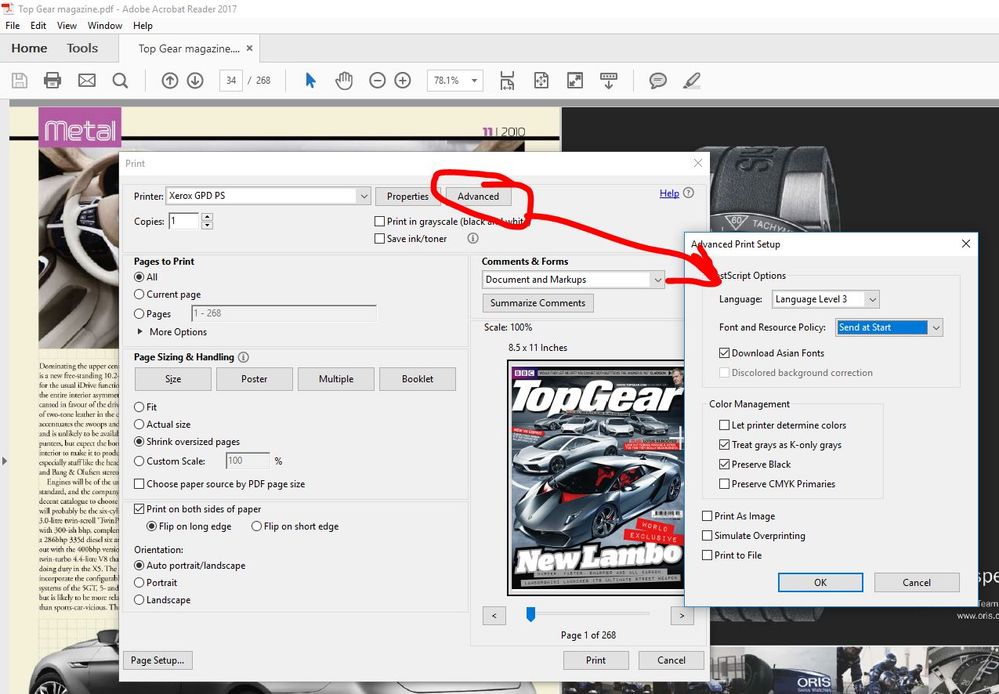 If they are not pdf/x, or if it doesn't work anyway, Print as image at that same screen will work, but it is obviously just a workaround as opposed to a fix.