We are experiencing the appearance of Random lines in any color accompanied with a spot. At the begining lines are not so frequent, mostly appearing in jobs over a hundred prints and over 200gr stocks. But when jobs go on, lines become more frequent and dots remain fixed (some times dots and lines together when using heavy stocks) 147mm spaced which suggests a drum CRU problem, but most of the cases machine consumable report shown only 10% or 20% drum usage. In the past (2020) this problem was reported by Xerox as a Drum CRU manufacturing problem; later on (2021) the same problem appeared, that time Xerox reported a poblem with solid large particles in toner which damaged the Drum. We now have this problem 6 months ago and technicians have tried changing for new Drums and also replacing toner all over the system (Cartridge, dispenser, developer unit, etc), replacing the developer units and developer itself but no luck. Technicians told us several versant 180 in the region (Ecuador my country and also Peru) have the same problem, but same Drums used on Versant 2100 work fine. We have changed so many Drums till now and realized that it is not a matter of heavy stocks or defective toner, and because several machines in my region shown the same problem I think something is going wrong with current Drums. Has anyone experienced this issue?. We are considering seriusly not using the machine for a while because production it is too expensive due to constant Drum changes. Thanks a lot for your comments. 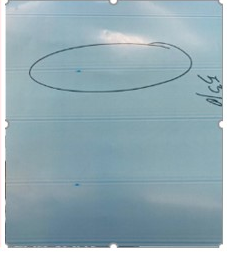 I see no one has responded to this post yet. So, at this point I would recommend contacting your local Xerox Support Department to speak with a Product Specialist for more assistance. Please call 1-800-821-2797.