Sign In Help
Turn on suggestions
Auto-suggest helps you quickly narrow down your search results by suggesting possible matches as you type.
Showing results for
Search instead for
Did you mean:
Options
21 Replies

For those who did not find the SMTP setting.

Look for "smtp" in the search box, as shown in the picture below. 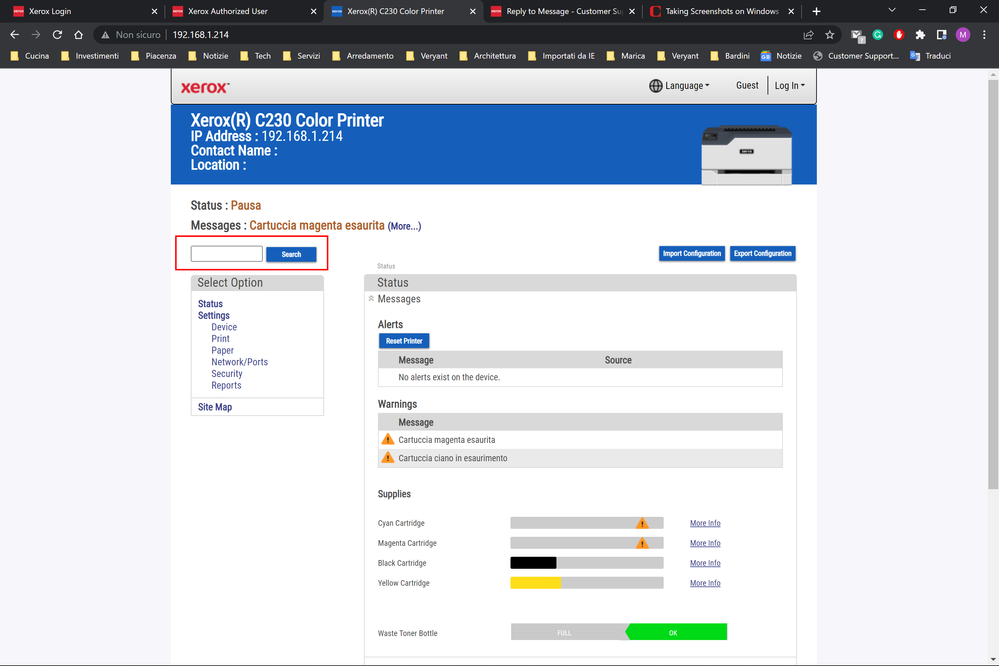 When you press the search button the below screen shows up. 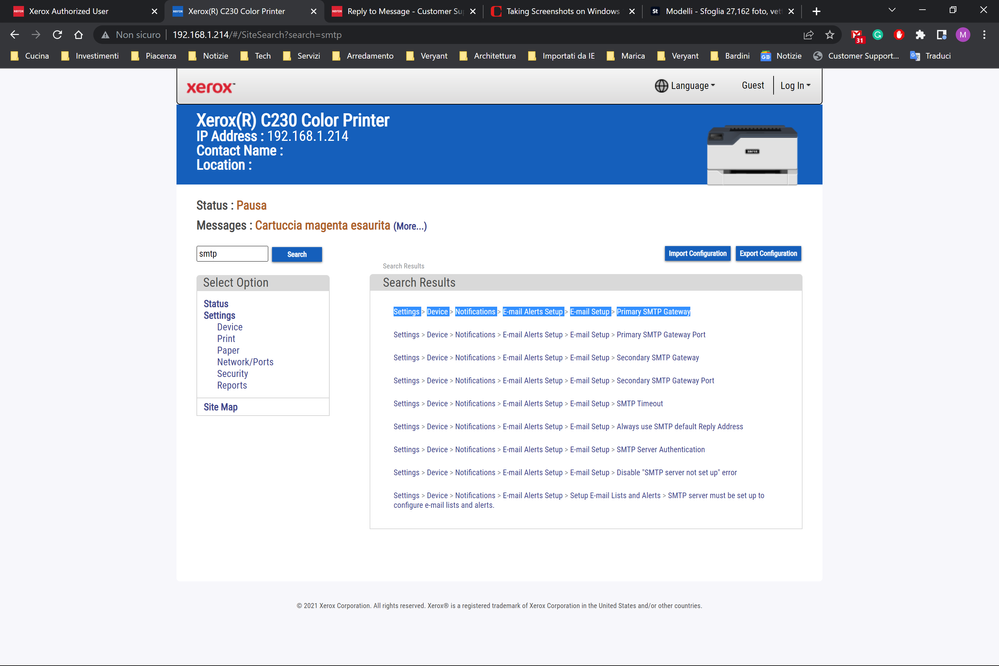 The following page will appear. 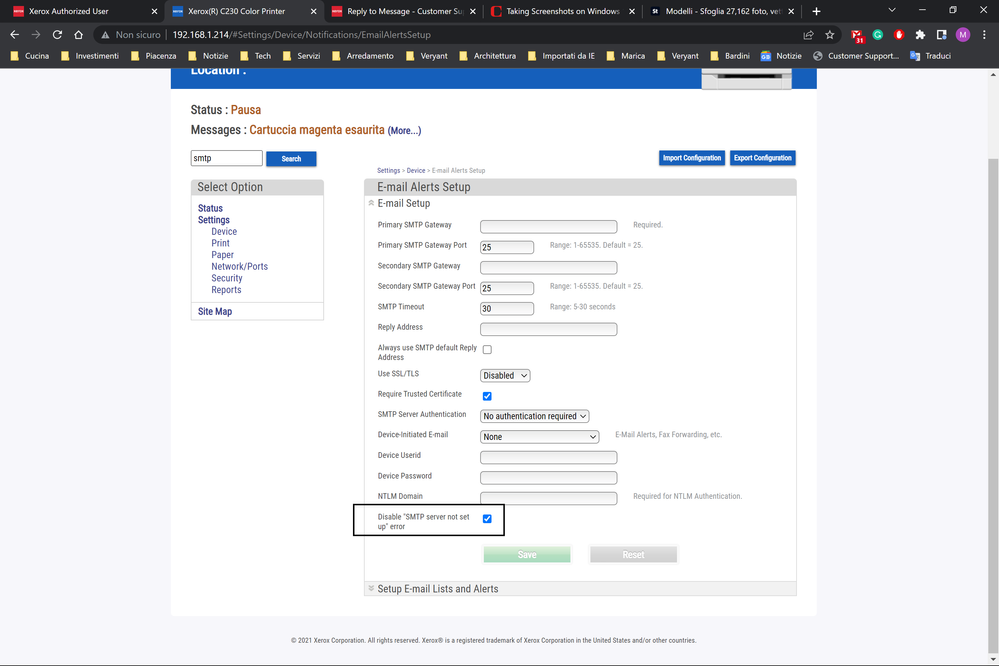 Check the "Disable SMTP server not set up" error check box and remember to Save the new setting.

Just in case it hasn't been realized, yet.  The login NAME is also case sensative.

PW:  is the serial number.

Again, BOTH are case sensative.  Hope that helps!

Yes, my printer is new. And I did the "Restore Factory Defaults" a number of times, without result.
Now I have been searching in other settings. Under "Device" I found "Maintenance" and then "Erase Printer Memory", which I performed. I went for the full monty:  "Sanitize all information on nonvolatile memory"

After executing this I have been wating for over 10 minutes, but the printer did not return on line. I checked it and on the display there was something like erasing printer, I don't remember the actual message, but as the status remained unchanged, I decided to  press the power button. (No, I didn't touch the mains.) After pressing the different buttons for some times, it decided to reboot. And there was the miracle. In the browser I had quite a different menu, with network settings, email etc..  An I could get rid of the problem. 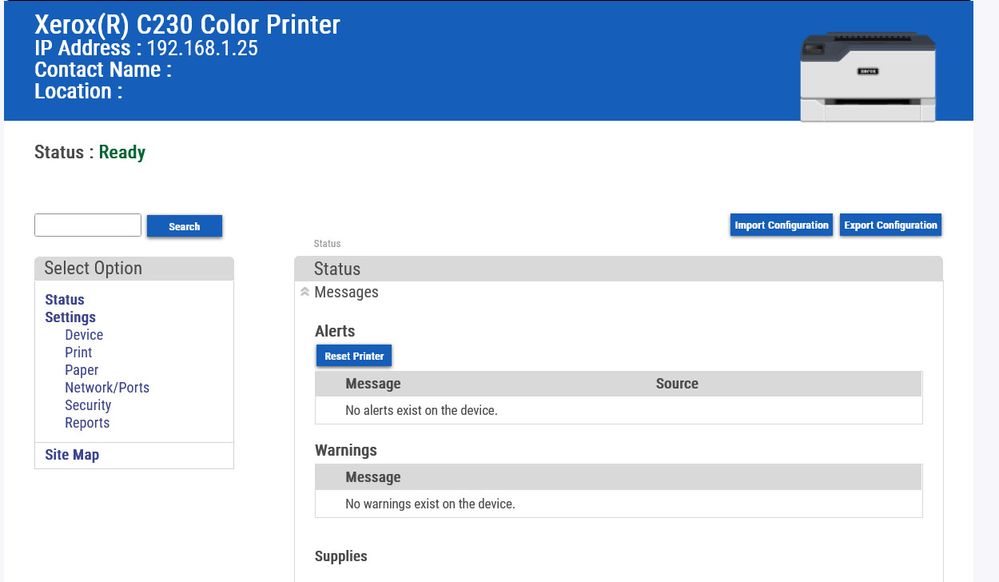 Jump to solution
Is your printer new? This might help https://www.support.xerox.com/en-us/article/en/2115509
Seems the admin pin might default to the printer serial number (case sensitive). A full factory reset might be the only option
0 Kudos
Share
Reply

On my printer there's only the guest account. I can login only with "PIN", which seems to be 0000. Maybe there's another pin needed, which of I'm not aware of.

On my printer I have not set up security so the default Guest account has full admin privileges and I see these options on that page.

The only thing I can think of (other than doing a full factory reset on the printer), is whether you are on the same version of the firmware (I am on the supplied MSLSG.075.024).  I saw there was an upgrade available from the website but have not applied it - changes seem to include some sort of "metered ink" system (sounds like HP+) which might well include locking off some of the admin options.  Is your printer on MSLSG.076.054 ?  That might explain the difference.

Once more again. There is nothing I can change there !! 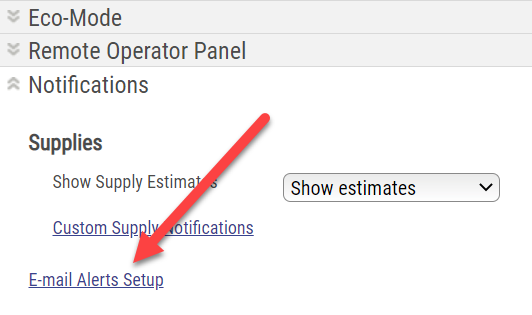 I don't know bout the toner yet, but it it is ridiculous that Xerox is not able to fix this problem. I've been in touch with support here in The Netherlands, but no solution yet. I'll try next week.