Our Versant 3100 is configured with an interface decurler module, inserter with decurler, and production ready finisher. The majority of what we print is 19x13 100# cover.

Since January, the performance of stacking and decurling have been poor and inconsistent. Service has been called and escalated. Prior to that time, I occasionally bumped the decurler one click up or down from “AUTO”, and even used the decurler on the inserter.

I used to send multiple jobs, or even partial sets of larger jobs, then walk away to perform other duties. I have since lost my confidence in the output, and spend too much time babysitting delivery. I’ve taped and paper clipped quizzes on the trays to keep stock from falling out. There are times where I have to push the corners down on a stack to fit it under the cutter knife.

I’m being told the decurler on the inserter “isn’t supposed to work” according to support. The buttons do not function and the LED never moves off AUTO. I could swear it did.. and when the Xerox documentation below was written, it apparently did as well.

Who can help me? Does anyone out there have a similar config where both decurler function? 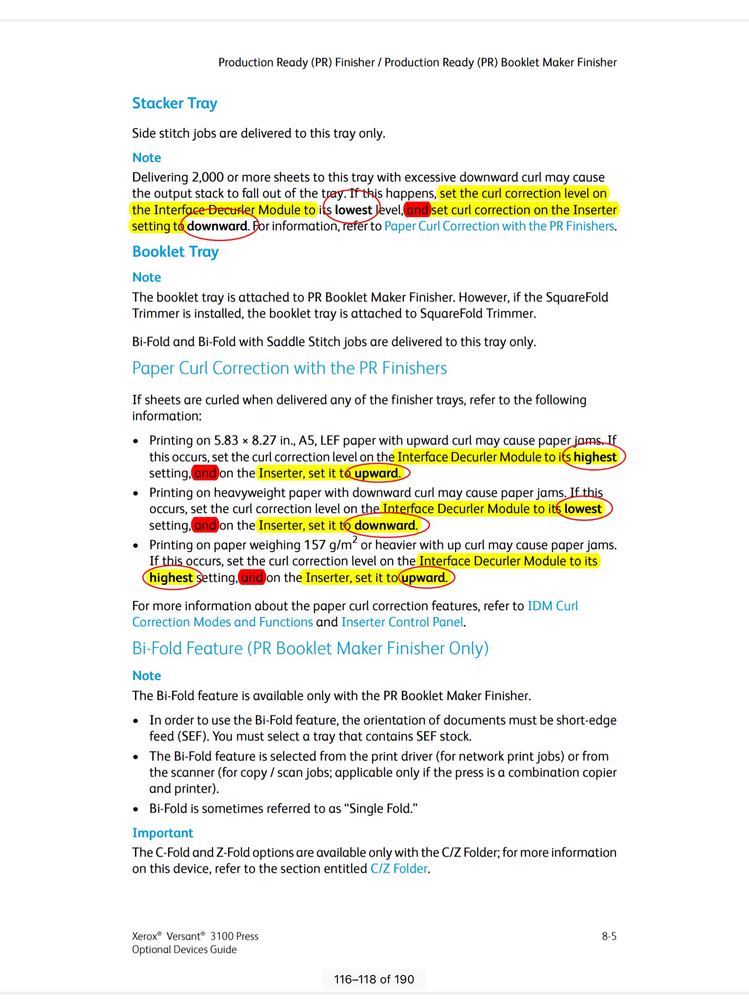 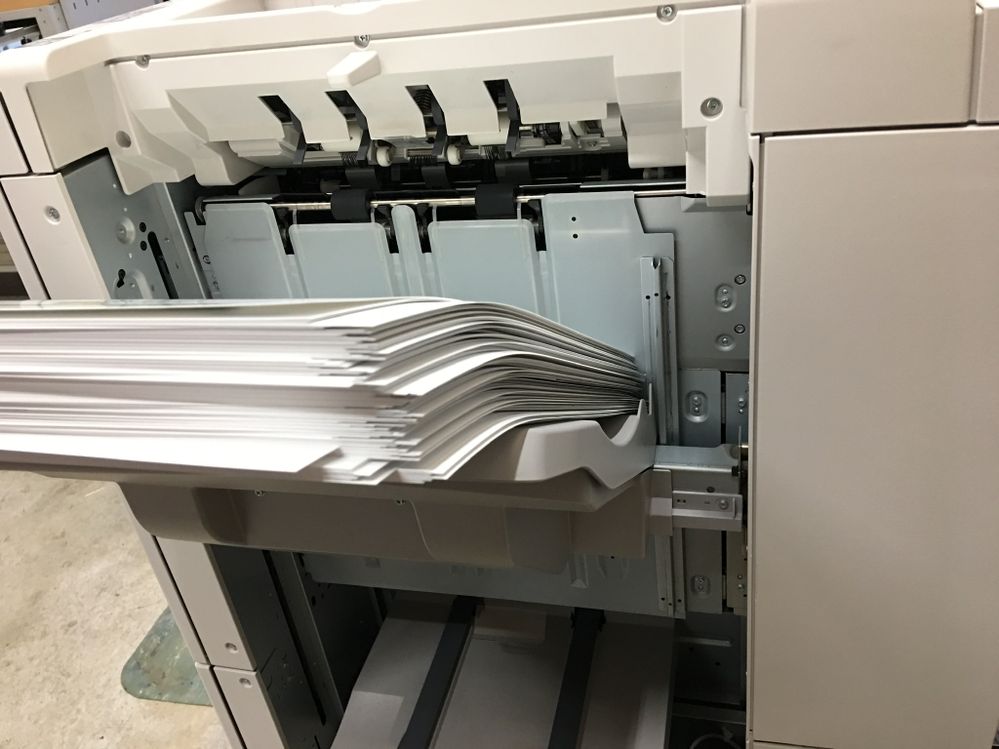 Thank you for using the Support Forum. Please make sure that your machine has the latest firmware available.  If you are on the current firmware and all your efforts have failed I would suggest contacting your local support centre or request an analyst.