Recently our WorkCentre6505 has been having problems with print quality (see attached image below.) 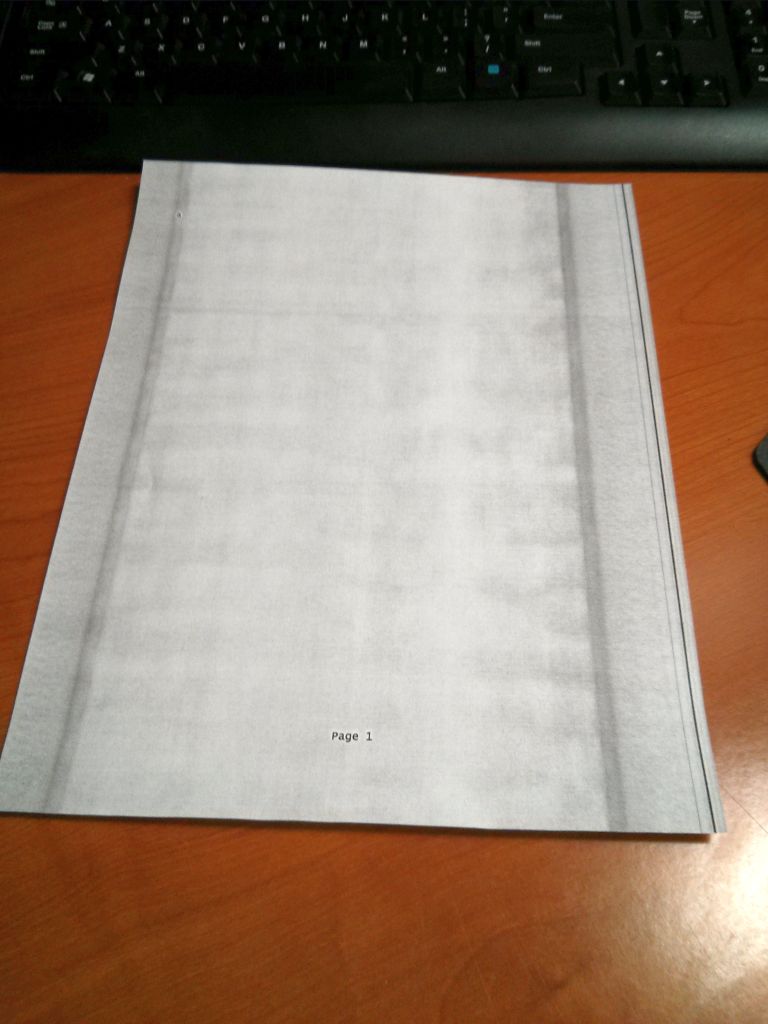 I have tried looking up the issue on the support site already and have followed the cleaning instructions that were there but it does not seem to have any effect.

I remember just over a year ago we had a similar problem and after talking to a Xerox technician, we were told to replace the imaging unit. This solved the issue back then, but if this is the same problem as before, it looks like this imaging unit part needs to be replaced every 1 - 1.5 years at a cost of ~$200-300 each time, which frankly I find unacceptable. This is the first printer I've owned where I've had to replace something other than toner cartridges on a regular basis.

Is there anything else that might be causing this issue that I could try now before I have to drop another $200?

Thank you for using the Support Forum. Please try these instructions for cleaning the imaging unit before you replace it, sometimes simply cleaning it will resolve the issue you are seeing.

I am on my second imaging unit within 12 months - both replaced under warranty. Each time one of the colors has failed after changing the corresponding empty toner cartridge. My printer has light usage 8,000 impressions in just under 12 months.

I wonder if there is a systematic fault with them.