When I install using PCL driver test pages work fine. As soon as I switch over to a PS driver, I can hit "Print Test Page". I see it in the queue, it releases from the queue, but does not print on the copier? The PS drivers are the latest version, and I've tried the model specific one as well as the xerox global.

Is there a setting in the Xerox that could cause this? Is there anywhere I can see an error of some kind, why it was blown away at the copier? I'm kinda of at a loss.

've seen that on the 58XX when a driver corrupts, and typically only in older firmware that starts in 072 instead of 073.

Since the 2 machines are near as makes no difference identical, it may be the same.

If so, you would need to do a total driver removal and port removal on the server (We have no reports of it happening without a server but it could happen)

So you would need to go in via print server Properties to kill the driver, printer and ports.

Then into C:\Windows\System32\spool\drivers and nuke anything Xerox in the x64 and w32x86 folders (This is a kill all approach, There are just too many individual files per printer to list them, and some would be shared across devices like the PSCRIPT5.dll)

If it happens on local installs from Client PC's in no way attached through the 2012 server, then the printer doesn't have a PS interpreter (I don't think it can be sold without it in North America) or it is in some way corrupted/broken, and in both cases service tech would be required. 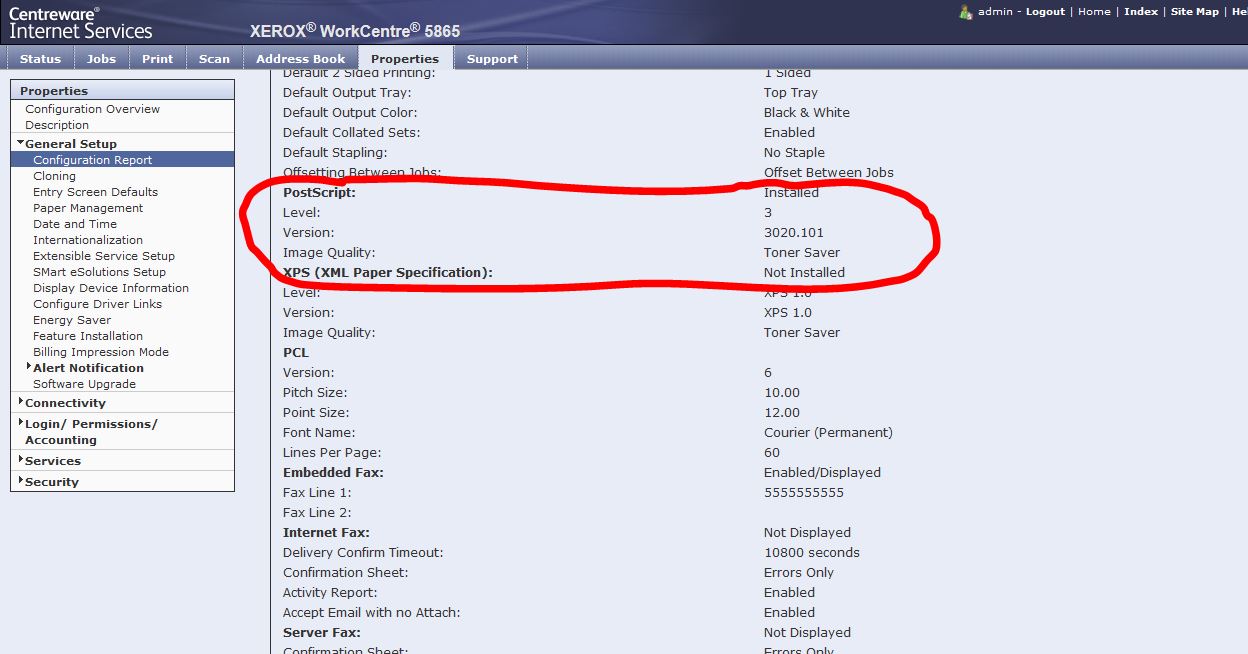 And at the copier you can find the job even when it doesn't print, just go to Job Status > Completed Jobs and it will show up for certain, then you select it to find what the fault was.