well, on our cases, the problem went away, i must say its not 100% yet, but far better then in the beginning on initial release!

so , at this moment, i cant help you, only xerox can make a new escalation for you based on your test files

Is there a new firmware available?

I had an engineer out to fix our 7855 last week and I mentioned the colour issues we've had with our C8055, he told me that there was a new firmware released that fixed most of the issues. The last one I have is the official one released Oct 2017.

I've checked the download page and the only one available is the Oct 2017.

yes, newer are out, they are not public available

Is there a new firmware out? I upgraded our machine last week which has improved the colours etc but now I've got an odd issue that we keep getting local copy jobs where it fires out loads of blank pages?

Has anyone else had this?

do you have the problem with feeder and plate?

No issues with the feeder/plate that I'm aware of. We have had some issues with the stapler though, only 1 staple comes through instead of 2 when requested. Sometimes this causes it to Jam. I've not had chance to call for an engineer yet but could this be causing it?
0 Kudos
Share
Reply

Those appear to be permalinks to whatever the most current revision / SPAR there is available for those three classes of AltaLinks, is that correct?

Generally speaking, Spar links always go to the latest version of the product, because Xerox doesn't archive the older versions.

There are occasions where development can split, in which cases the latest version changes a generation, and in those cases, a new link is made.

An example of this is the Connectkey family, they started on firmwares that began with 071 (Connectkey 1.0) and moved to 072 (Connectkey 1.5) and then 073 (Connectkey "you are not allowed to call it 2, it's to be called the "i" series)

Those generational changes each got a new link, because there is a defined split, and both sets of firmware were developed (for a while) side by side.

We had Richie from Xerox Support NY out today to install the latest SPAR (100.002.068.26100) for our AltaLink C8055 to address an issue where (for one use case anyway) printouts of previously scanned documents, saved in PDF form, came out with black text badly washed out, whereas printing the same PDF through the same GPD PS driver to our VersaLink B405 had a well saturated black level commensurate with what you see on the screen in Adobe Reader DC.

We did some further testing with the GPD PS and GPD PCL6 drivers after the SPAR went in.

The SPAR presumably fixed PCL6 color printing issues as that was an improvement listed in the release notes (we wouldnt have known as we never used that driver for color brochures etc) and our quarterly newsletter (with a complex graphics / photograph / text / pie chart layout) looked great and as reasonably close to what one sees on a monitor without color calibration as one could hope for.

What we found out however is that the GPD PS driver (ours was the most current as of this posting: version 5.617.7.0N - 2018.05.30) had SERIOUS issues with Color representation. Blues became purple, etc.

We also noticed that VersaLink B405, print speed was 1 page every 10 seconds or so With the GPD PS driver.

We tried the device specific AltaLink C8055 PS device driver to see if it was a UPD issue, but the output looked exactly the same.. Horrible color rendition. I am wondering whether there is a SPAR being worked on currently for the AltaLink C8000 series to address PostScript color issues?

After years with a lemon of a ColorQube 9303, I had conditioned myself to using the PS driver because it was much more stable and consistent (the PCL6 driver for the 9303 used to print out the banner across two 8.5x11 pages whenever you printed 11x17 print jobs, for one quirky example) but it looks like either the AltaLink's internal PostScript processor is out of whack or both the GPD and device specific PostScript drivers have issues.

Since the VersaLink crawls with the GPD PS driver, I suspect it is a little of both.

blue becomes purple, red becomes magenta, and people printed all get a sunburn, is typically because the app by default outputs RGB, Adobe products do this for each printer until you change it (for each one) via Let printer determine color 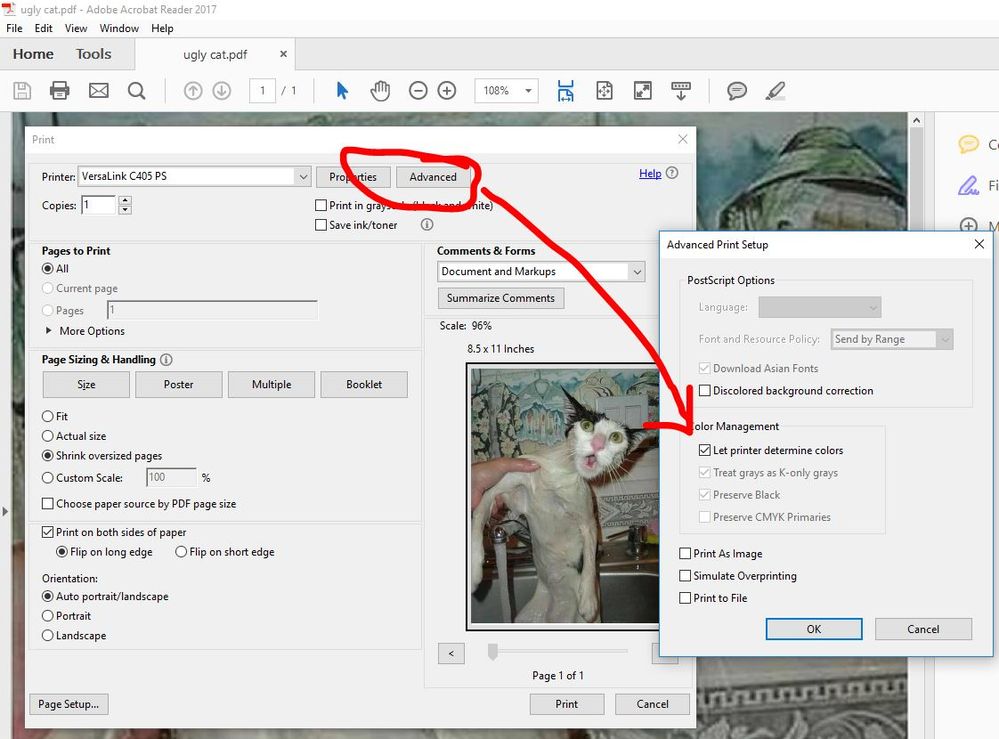 Speed tends to be a too many check boxes are enabled by default thing, so try disabling these 3 things (You won't lose a single feature by doing so) 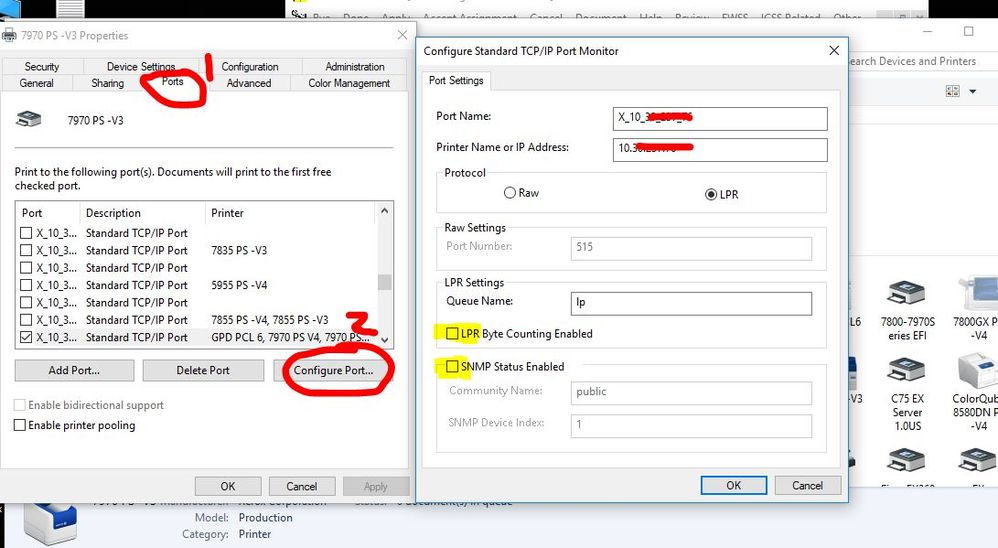 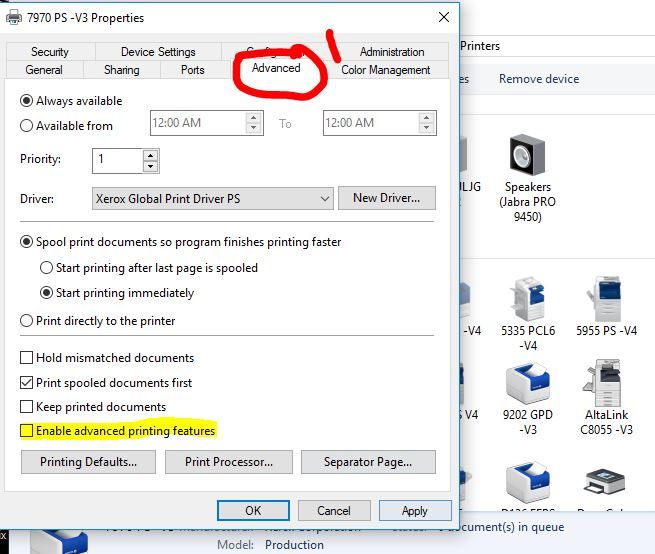 Color is definitely still being worked on though.