Sign In Help
Turn on suggestions
Auto-suggest helps you quickly narrow down your search results by suggesting possible matches as you type.
Showing results for
Search instead for
Did you mean:
Options
3 Replies

You didn't read it all then.

<can be done via Tabloid SEF already in spreads, and if that is the case, the only thing the driver needs to state is in this screenshot >

It even states to set Booklet layout to Disabled, so what you printed is exactly what would be expected.

My directions are for the job you alrteady laid out in spreads, not for the Letter LEF setup you printed.

I used all the comands from your reply and matched them up to your screenshot. It looks like the pakes are now sized correctly, however they are printing in the wrong direction, centrered on the page. It is also not creating a book layout as each 11x17 page should have two 8.5x11 spreads on each side. 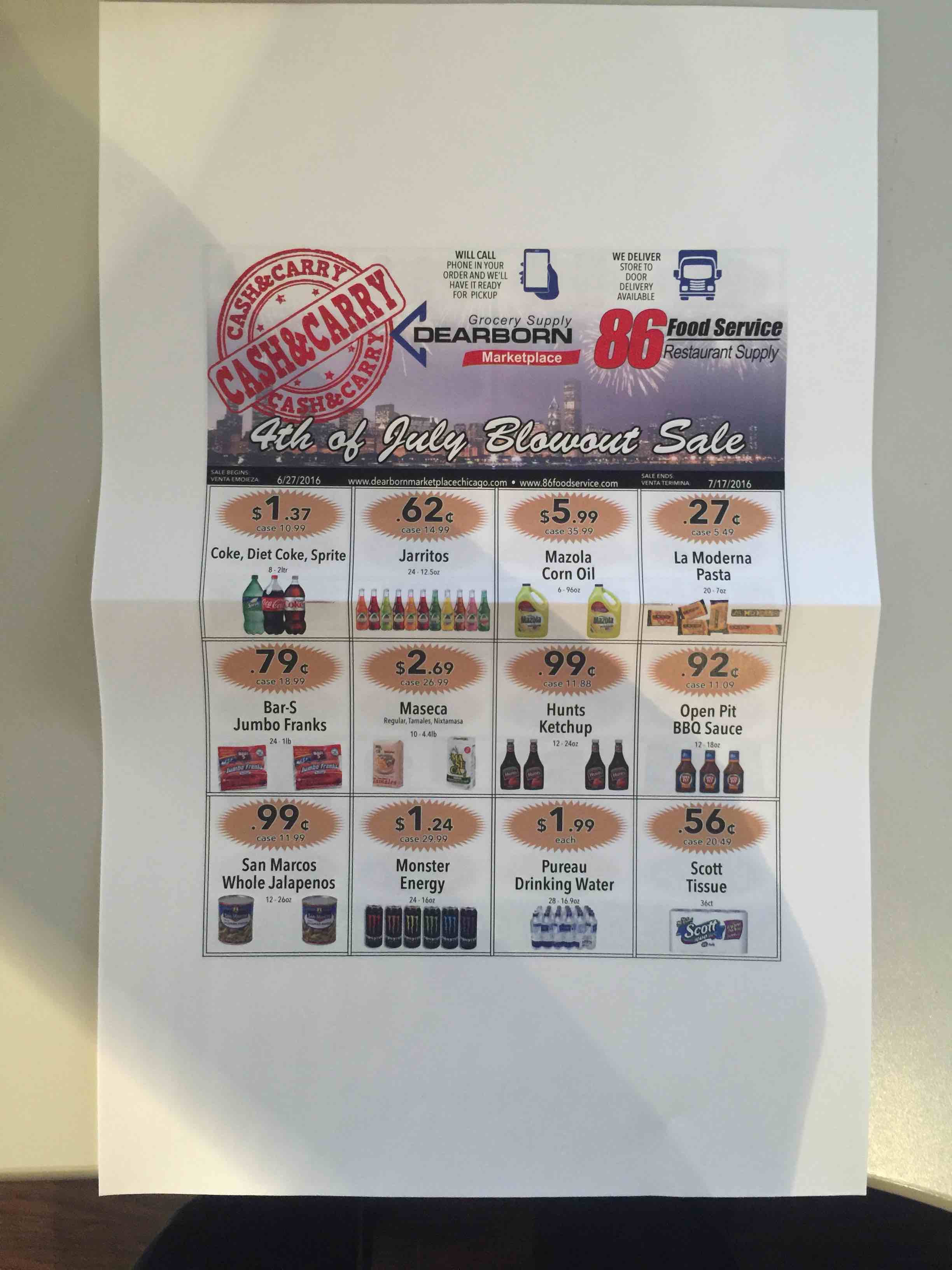 There is nothing wrong with the driver, you are just mixing and matching features by selecting part of the booklet setup in the driver and part in the application..

Export to pdf should be done, and it should be setup as Letter LEF, but can be done via Tabloid SEF already in spreads, and if that is the case, the only thing the driver needs to state is in this screenshot (Scaling is off, Fold and Staple is on, Booklet layout is disabled) 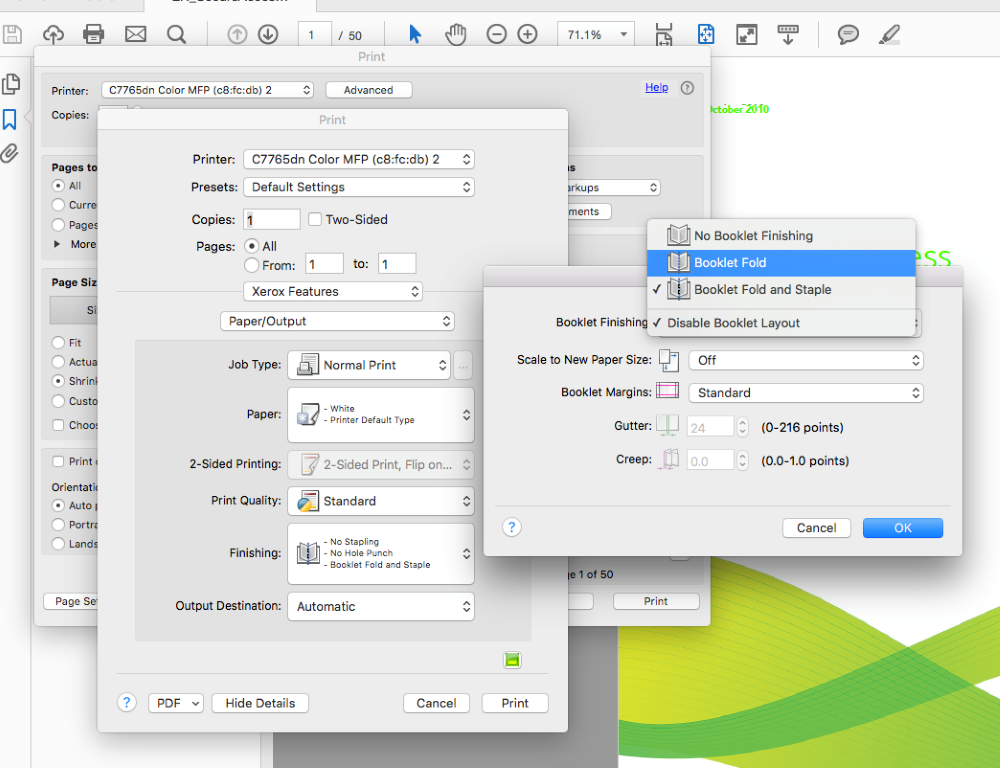 As for your PS error , that is a bad font link, when exporting the job choose PDF/x for print and it should eliminate it, I highly suggest PDF/x3 purely because every PS printer can support it.

And it may also be resolved (If it only happens with booklets) by fixing Acrobat/Reader via File > Print > Advanced and setting the font resource policy to send by page instead of range.

(Excuse the Windows screenshot, it is the same on Mac and its a pain switching devices for a screenshot)

I finished creating my booklet in Indesign and am trying to now print the booklet using Indesign > Print Booklet to a Xerox 7775 with a light production finisher that folds and staples. I've tried just about every combination of settings it seems, but continue to have the same issues with page size on the paper. I am attempting to print on 11x17 double sided X2 which will fold to 8.5x11.

I have also tried to save the document as a PDF and printdirectly through Adobe Acrobat Pro but have the same issue or just receive a print error all together.

Someone please help as I have this project due and been working on trying to get the combination of setting to work all day.

Thank you in advance!

Are you sending a normal, single consecutive pages, exported PDF to print through Acrobat, or have you tried to impose using Print Booklet first? That red error looks like a postscript error, and there should not be any postscript involved.

Ive tried to print in both Indesign and Adobe Acrobat Pro. Through Indesign, Ive used the "Print Booklet" feature editing the print settings from the Xerox specific panel attempting to fold and staple into a booklet.

Though Acrobat I selected the booklet tab and also the Xerox printer setup setting to fold and staple.

Getting the issues I posted in the pictures above. Im not super familiar with reading the red postscript errors.

I suspect you may have a conflict with the booklet feature in the program doing the printing and the Xerox driver for the finisher. Does the driver have booklet settings as well?

Im assuming when I select the Xerox printer > Xerox Features and go into the Finishing > Booklet Creation and select Booklet fold and staple those settings should be correct. The attached pictures are the only settings i've messes around

I'm guessing you should be sending single, unimposed (sequential order) pages when using the Xerox booklet module. Try doing that without invoking any other booklet function.

This time I chose Print, not Print Booklet through Indesign and only used the Xerox Features > Booklet Creation Finishing. It looks like its now printing in the correct order, on the correct pages, but the images are not sized correctly (I asked it to use my page size setting). I then asked it to scale to fit and it automatically centered image but once again did not fit the page. The 11x17 paper should fold to a 8.5x11 this is the size I created for each page in indesign. 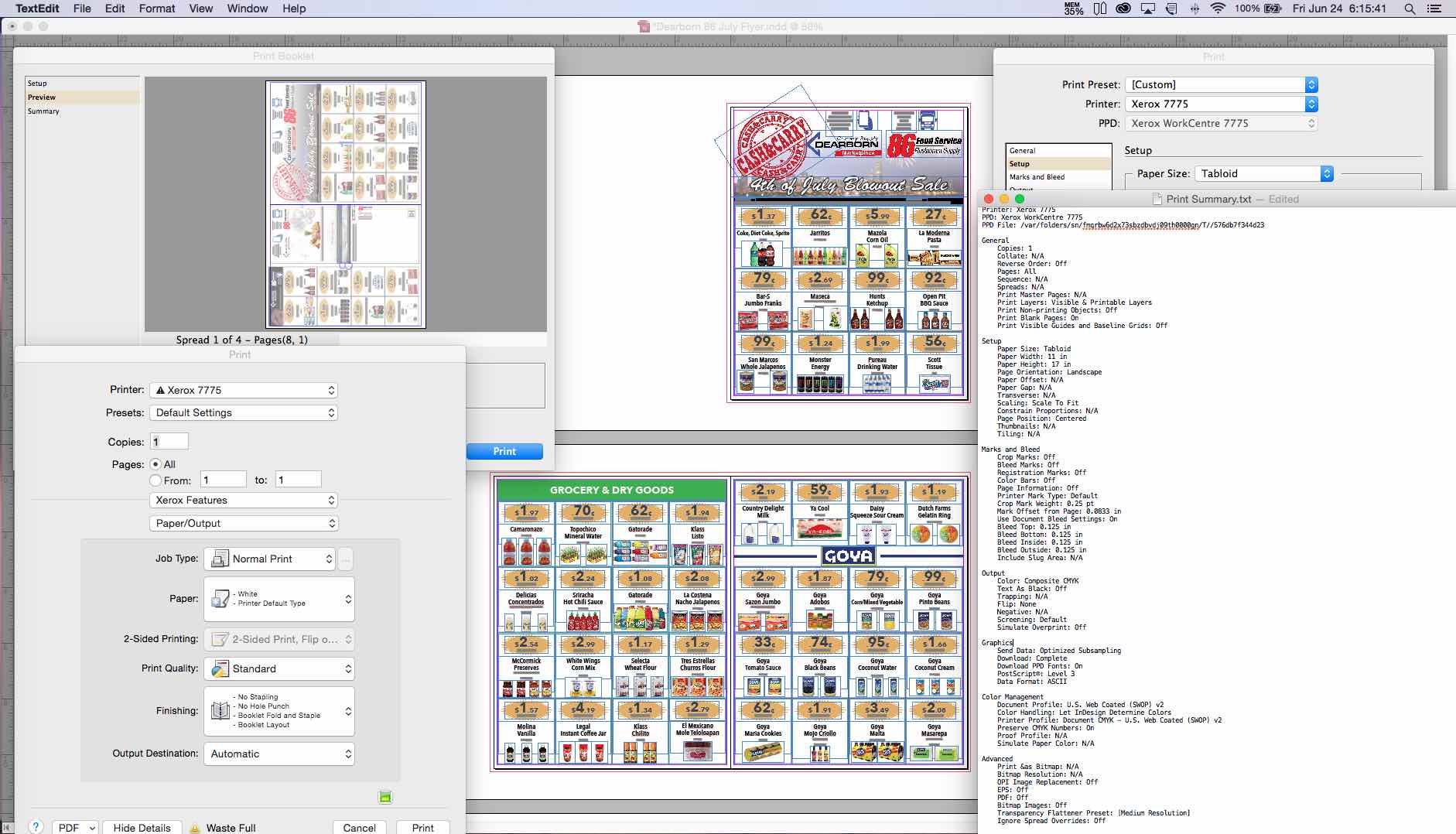 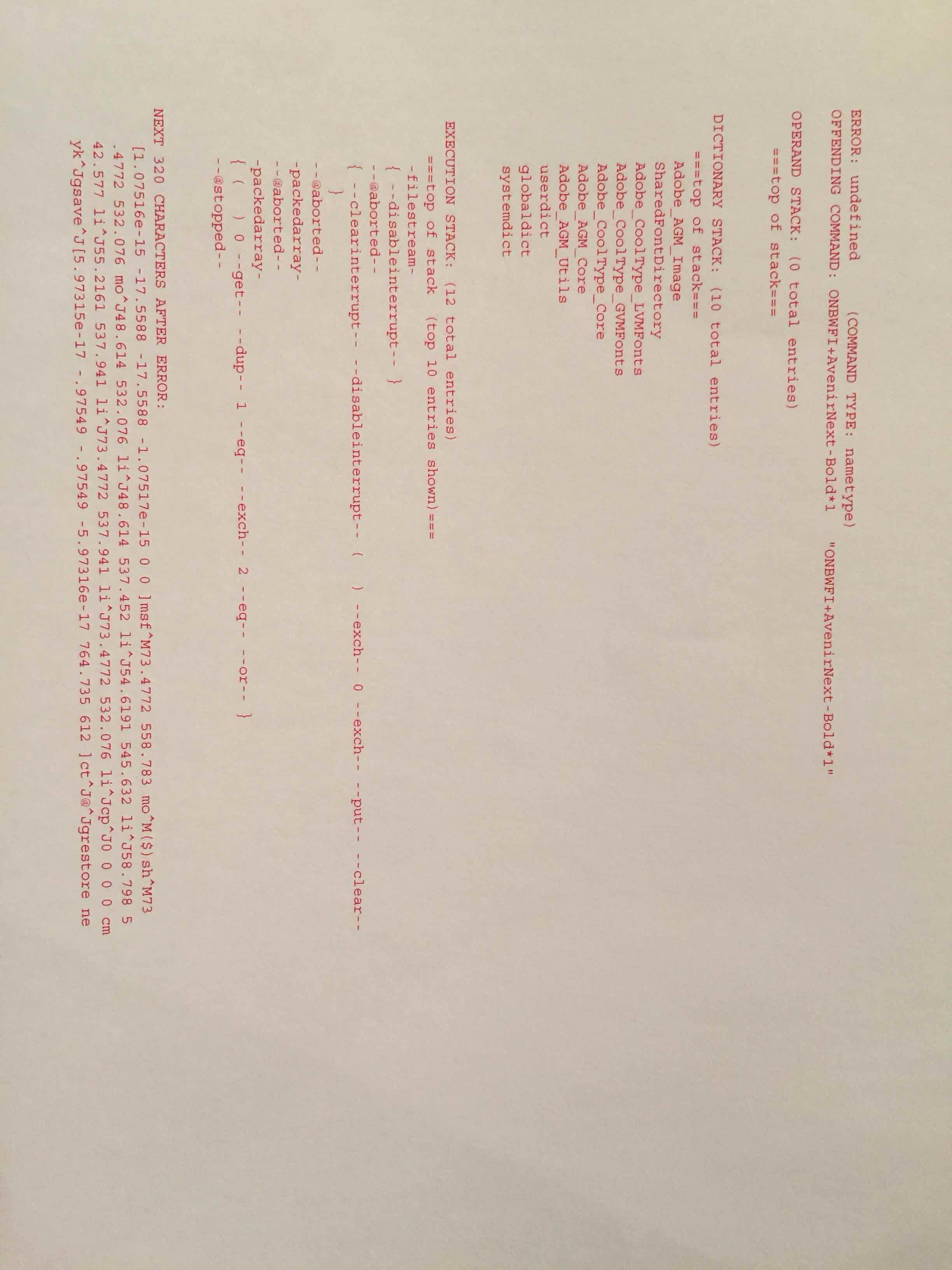 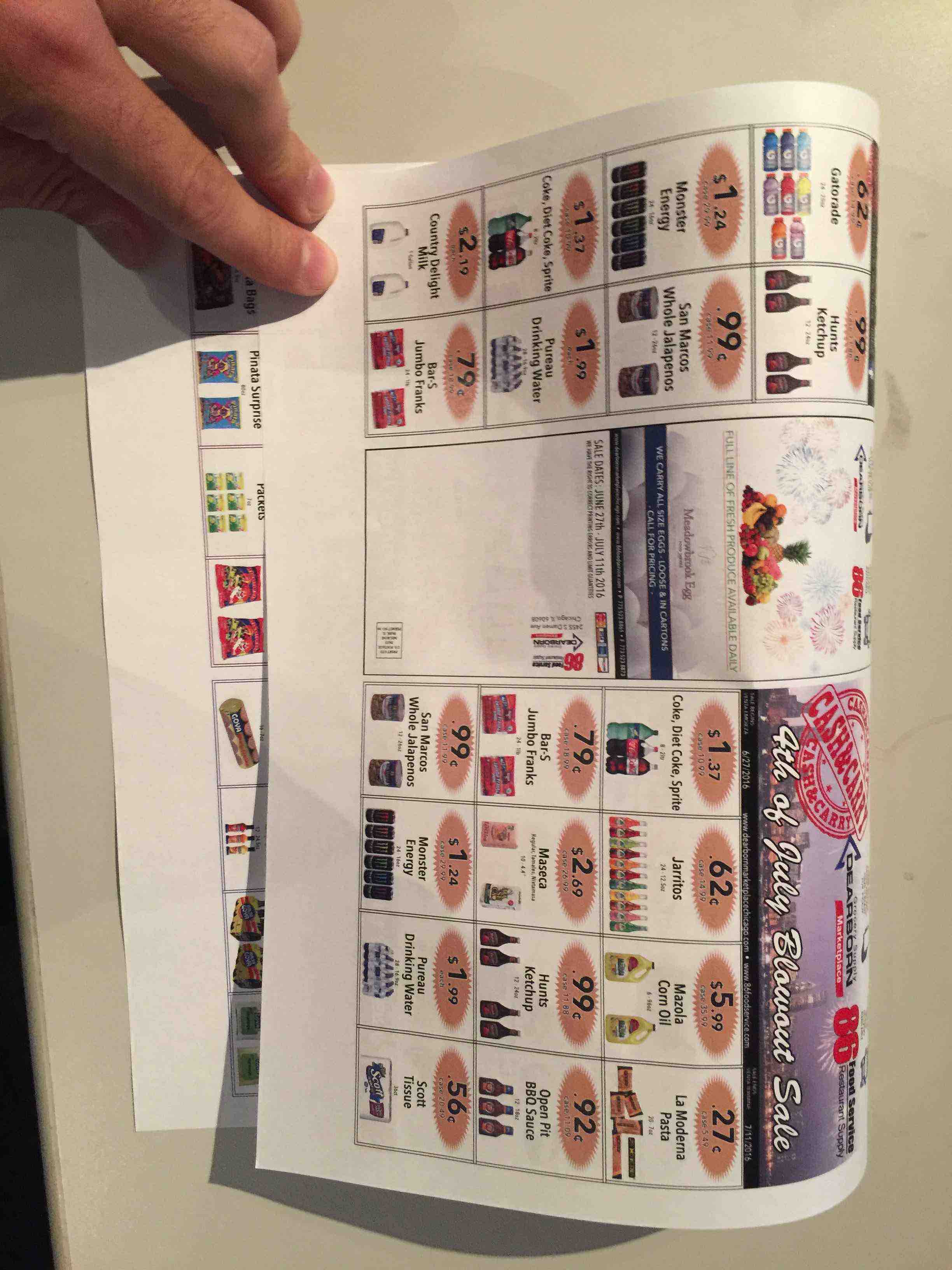 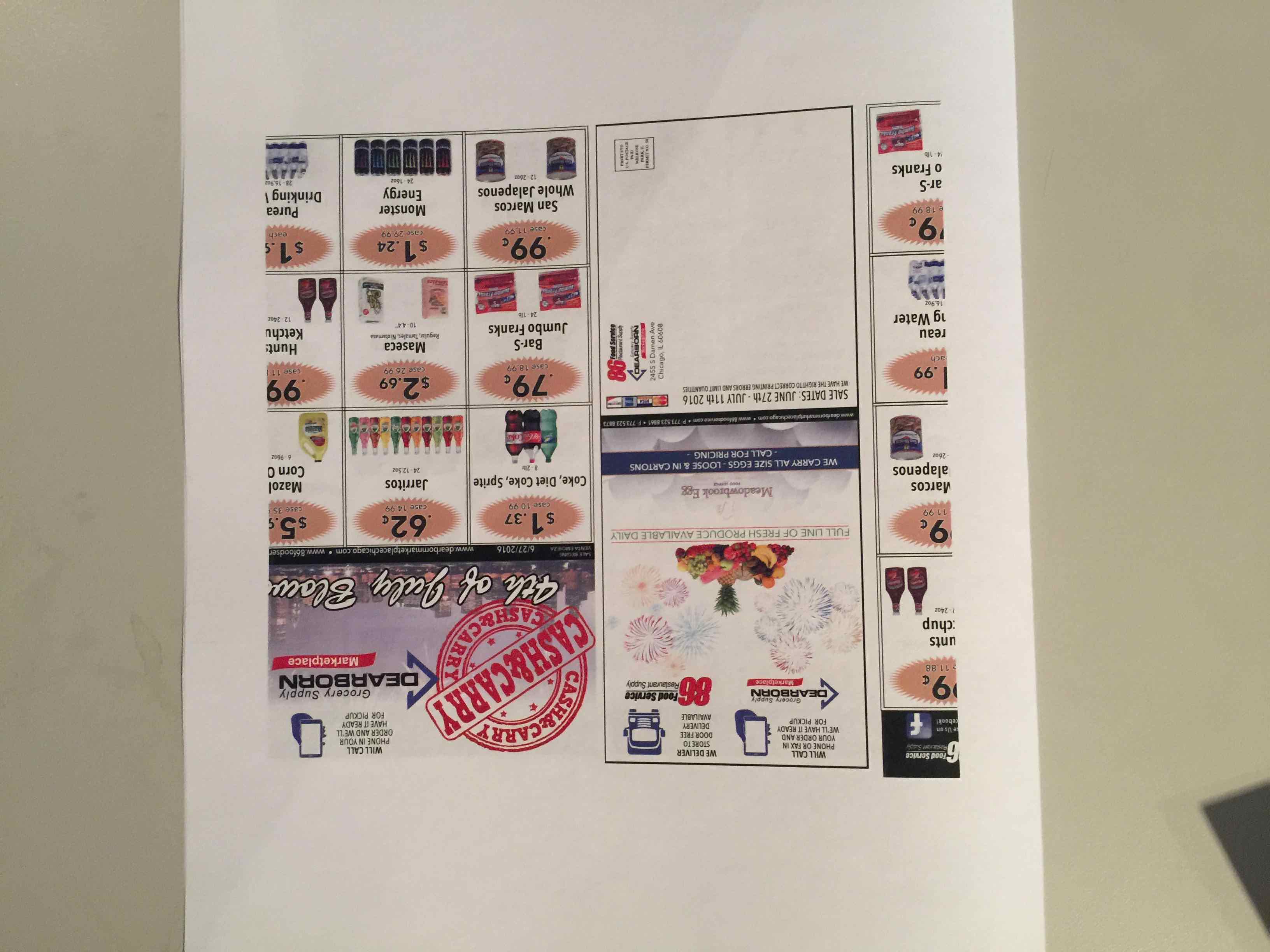