I am trying to connect my WorkCentre 3225 to my fios WiFi Routher which uses WPA2 for 2.4 GHz and 5 GHz security.  Easy Print Manager can connect to the printer via USB. The Easy Wi-Fi Settings Wizard runs and provides options for devices to connect to via WiFi.  When I select the router and press next, the blue Wireless LED blinks, but then the following error is returned: Connecting Failure - Invalid Network Security.  Other devices are able to use the Wireless Router.  How do I get this printer to connect to WiFi? 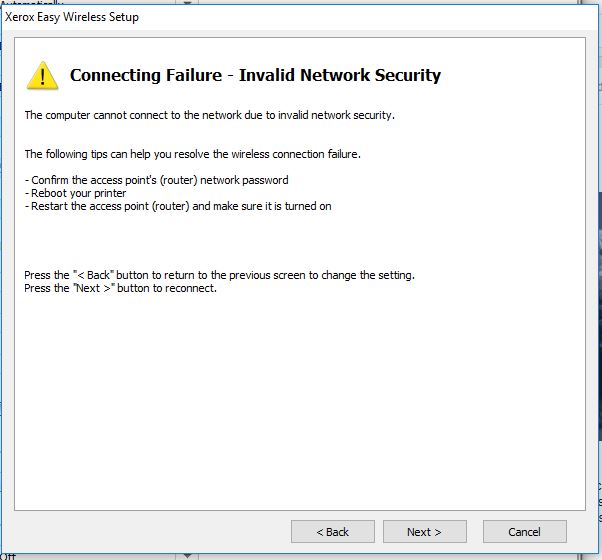 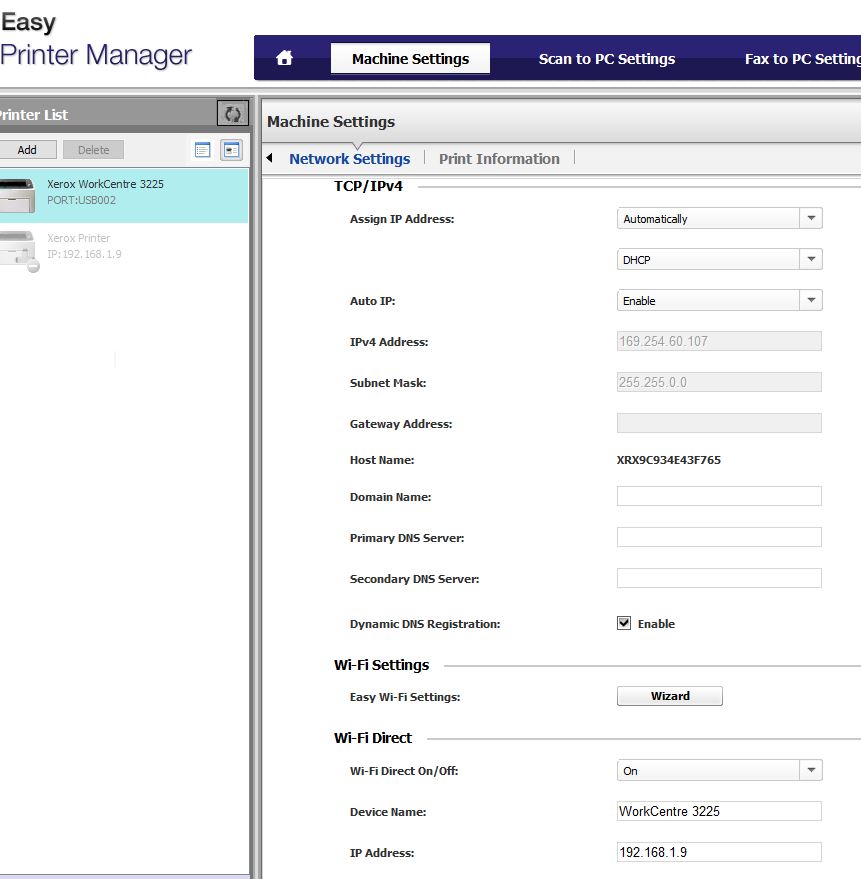 Have you tried WPS?

Firmware up to date?

I had the same issue after I have replaced my old WiFi router.
I intentionally kept/setup the same WiFi SSID (network name) and password
on the new router as I had with the old router.
This I did not have to work with the other wifi devices in my home, and I think this caused
the problem with the Xerox 3025.

I think for me a "factory reset" of the Xerox 2025 system helped.

I had to do it on the web interface so it was a bit tricky.

From this point it was OK.

Hope it helps others.
Andras