Does anyone have any idea on what could be causing this?

Sounds like the default finisher options, check that the driver is set to the correct finisher.

I checked there and the option is greyed out.  I assume this means on is my only option?

The strange part is that it goes away.  Yesterday I had the option to hole punch and it worked.  Today I checked again and the option isn't there.  When I go to printer properties it isn't greyed out or not selectable, it's simply no longer there. 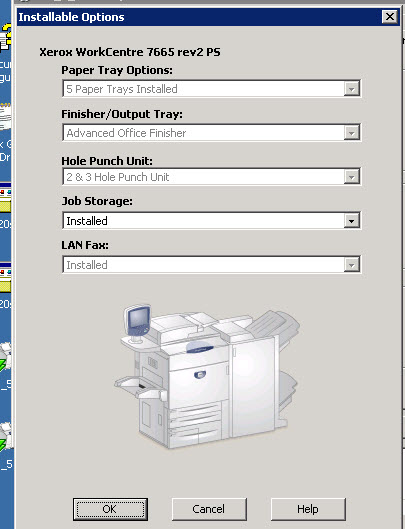 If it's grayed out, you do not have the permission to change anything.

Do you have the printer installed on a non-virtual machine so you can test there?

if its grayed out, it means the bidirectional setup is set to automatic, change that first to manual or off, then its not grayed out anymore

ah, thats true! How could I forget about that.