Sign In Help
Turn on suggestions
Auto-suggest helps you quickly narrow down your search results by suggesting possible matches as you type.
Showing results for
Search instead for
Did you mean:
Options
1 Reply

We are working on the implementation of a Managed Printing Service  on Versalink B605 and B405.

The customer scans using an application that they have on their PCs using the Twain driver of the MFP equipment.

It turns out that when testing the version currently available on the Xerox site  which is installed using the Xerox Scan Experience, I observe that it takes time to load on certain PCs when invoked by the scanning application.

I want to have a plan B using the previous version that came on CDs and was downloaded from the web.

Another point is that any version of the Twain driver on our computers is configured as A4 by default, (I think that has to do with the language of the operating system but I need to confirm.

My point is that I want to set the standard profile for Letter size and Black and White Output Color so as not to have to force the user to use a profile… This custimer is used to having the default settings on their current Canon driver without having to configure anything unless you do. need. is it   possible to set different defaults 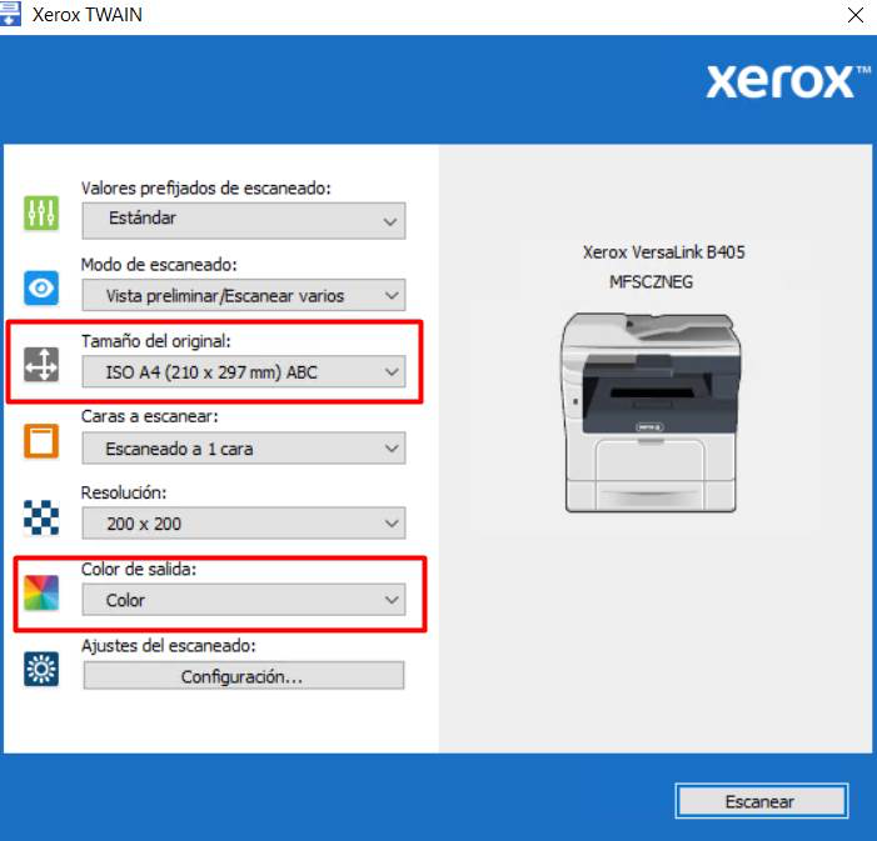